“Market conditions are ripe for increasing home sales with one glaring exception. The supply of homes for sale remains tight, keeping existing home sales below potential.”

What’s the Fed Got to Do with It?

With the Federal Reserve Open Market Committee (FOMC) meeting less than two weeks away, many are wondering about the fate of the Federal Funds Rate, and its impact on the housing market. The CME group estimates the probability of a 25-basis point reduction at 72 percent, virtually a sure thing. Yet, changes to the short-term rate matter little to the housing market because mortgage rates, particularly the 30-year, fixed-rate mortgage, are benchmarked to the 10-year Treasury bond. In fact, since the end of the recession, the 30-year, fixed-rate mortgage has on average remained 1.7 percentage points above the 10-year Treasury bond yield.

It’s All About House-Buying Power

While increasing house-buying power improved housing affordability and boosted the incentive to sell, the low supply of homes for sale continues to hold the market back. Tenure length increased by 0.7 percent compared with one month ago, contributing to a loss of nearly 33,000 potential home sales. The homeowner’s prisoners dilemma, rate “lock-in” (albeit less so now) and seniors aging in place have all contributed to rising tenure length.

The housing market is unique because existing homeowners influence both the demand and supply side of the market. In 2018, just over 6 million homes were sold in the U.S. Only 667,000 of those were new home sales, the remaining 5.34 million were existing-home sales. This means historically high tenure length results in both fewer buyers and fewer homes on the market, keeping existing-home sales below potential. 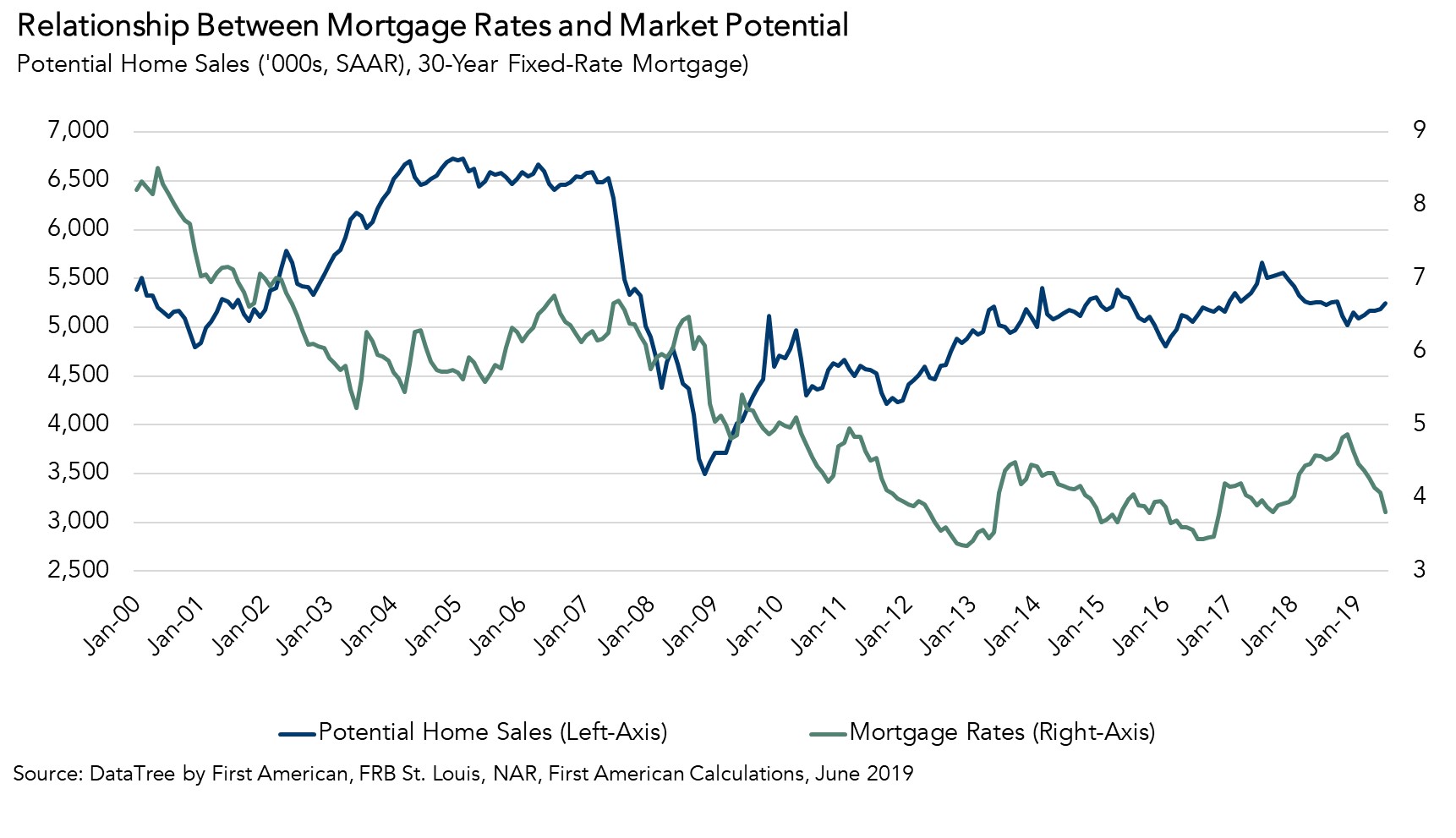 For the month of June, First American updated its proprietary Potential Home Sales Model to show that: