Why are Existing Homeowners Rate Locked and Imprisoned?

"The housing market is not plagued by a decline in demand, but rather a shortage of supply.”

The lack of housing supply is the primary culprit for the persisting gap. The inventory of homes for sale in most markets remains historically tight, yet demand continues to rise as millennials further age into homeownership, as explained in our Homeownership Progress Index. The housing market is not plagued by a decline in demand, but rather a shortage of supply. The result -- surging house prices.

As house prices rise and homeowner equity reaches its highest level on record, it’s reasonable to expect more homeowners to list their homes for sale and leverage their equity for a new home. So, why are existing homeowners not selling their homes?

Additionally, existing homeowners are facing a ‘prisoners dilemma.’ Many homeowners may want to sell their home and buy another, but do not, for fear that they will not be able to find a home to buy, which prevents more supply from reaching the market and further exacerbates the lack of inventory. Because many homeowners are increasingly rate locked-in and fear not being able to find something to buy, their home is becoming their prison.

Build It and They Will Come

One solution is to build more new homes and increase the overall stock of housing units, but the number of new homes constructed per household is at its lowest level in 60 years of record-keeping, according to the Federal Reserve Bank of Kansas City. If existing homeowners won’t supply their homes for sale then increasing the pace of new home construction, is necessary to alleviate the supply shortage in the long run. However, existing homeowners will need to start selling their homes to provide any immediate supply relief to the market. 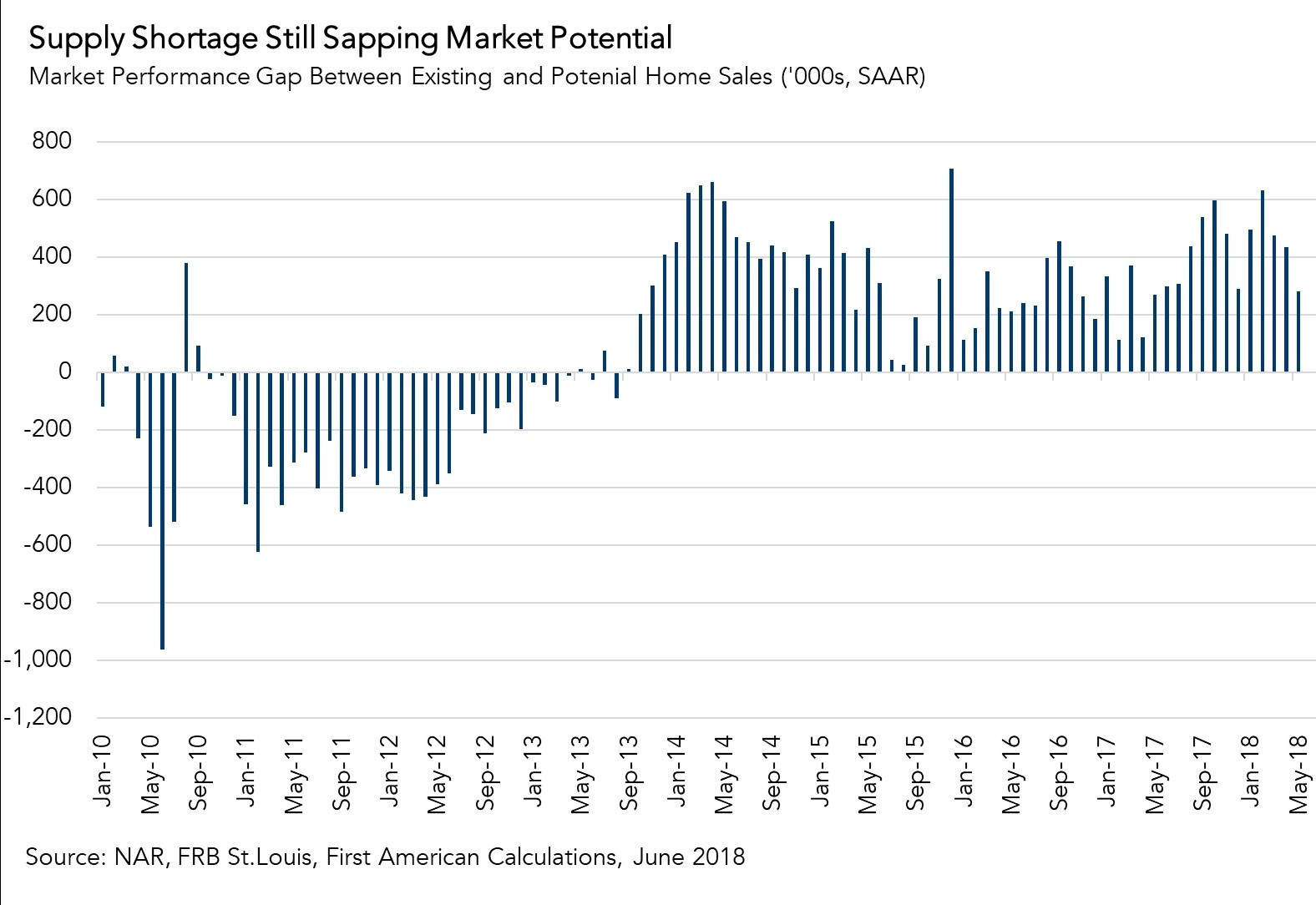 For the month of June, First American updated its proprietary Potential Home Sales model to show that: