Why Did Housing Market Potential Improve in April?

The housing market continued to underperform its potential in April 2019, but the performance gap shrank compared with March. Actual existing-home sales remain 1.3 percent below the market’s potential, but the performance gap narrowed from 2.0 percent last month, according to our Potential Home Sales model. That means the housing market has the potential to support 68,000 more home sales at a seasonally adjusted annualized rate (SAAR).

Lower mortgage rates in April loosened the “rate lock-in effect” that has created a financial disincentive that prevents many existing homeowners from selling their homes. However, it was not enough to reduce the average tenure length, the amount of time a typical homeowner lives in their home, which has increased dramatically in the last year. Since existing homeowners supply the majority of the homes for sale and increasing tenure length indicates homeowners remain hesitant to sell, the housing market faces an ongoing supply shortage – you can’t buy what’s not for sale.

New home construction brought more homes to the market this month, but the new supply was not enough to meet demand.  While supply remains tight, the market potential for home sales increased month over month due to improved affordability driven by lower mortgage rates and rising wages and favorable demographics, as millennial first-time home buyer demand continues to rise.

Existing Homeowners Dilemma – To Sell or Not to Sell

Before the housing market crash in 2007, the average length of time someone lived in their home was approximately five years. Tenure jumped to seven years during the aftermath of the crash between 2008 and 2016. The most recent data shows that the average length of time someone lives in their home reached 11 years in April 2019, a 9 percent increase compared with a year ago. Increased tenure length reduced the market potential by 33,000 sales compared with last month.

In 2018, rising mortgage rates, tight supply, low rates of foreclosure, and tight credit all contributed to the ongoing surge in homeowner tenure. The majority of existing homeowners have mortgages with historically low rates, so there is limited incentive to sell if it will cost them more each month to borrow the same amount of money from the bank. The dilemma facing existing homeowners today is how high must the cost of losing that low rate mortgage be to choose not to sell. 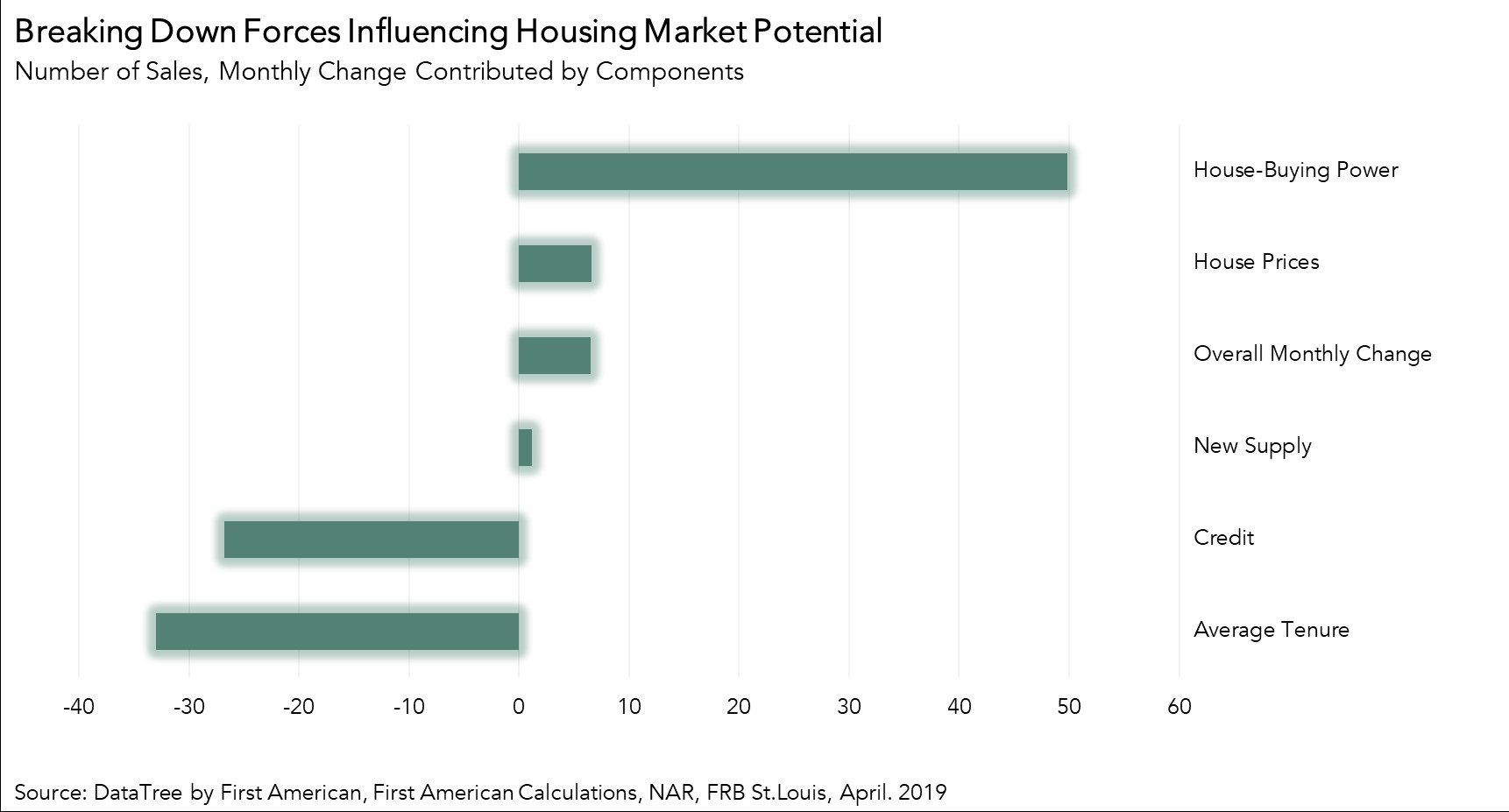 For the month of April, First American updated its proprietary Potential Home Sales Model to show that: