Millennials are already the most educated generational cohort in U.S. history, which bodes well for future homeownership demand. But they are also aging into key lifestyle decisions, like marriage and having children, associated with a greater likelihood of purchasing a home. According to our analysis of anonymized household data, millennials largely get married after the age of 30, as this is the turning point where the share of married millennials surpasses the share of single millennials. With the bulk of millennials turning 30 in 2020, we can anticipate the marital rate to increase for this generation, and the homeownership rate to rise alongside it.

"Despite the economic decline in 2020, the demographic silver lining is that millennials are still aging into the key lifestyle decisions that signal an increase in potential homeownership demand."

As millennials age into their 30s, get married and form families, they remain poised to transform the housing market. In fact, the housing market is already experiencing the earliest gusts of this tailwind, according to our 2019 Homeownership Progress Index (HPRI), which found that the millennials largely drove the increase in potential homeownership demand in 2019. Currently, there are even reports of increased demand for marriage licenses amid the pandemic, but some research shows that household formation slows during times of recession. While 2020 may delay marriage, the long-run trend remains.

Examining critical lifestyle, societal and economic trends can provide a strong indication of the likelihood of owning a home and, in turn, potential homeownership demand. Based on our analysis, marriage is one of the strongest predictors for homeownership. Certainly, the benefit of two incomes helps to save for a down payment. According to analysis of our HPRI, the homeownership rate for married couples was 30 percentage points higher than other households in 2019. Among millennials, this difference was even greater – the homeownership rate for married millennial couples was 32 percentage points higher when compared with other millennial households, and a gap remains even among the oldest (age 38) millennials. 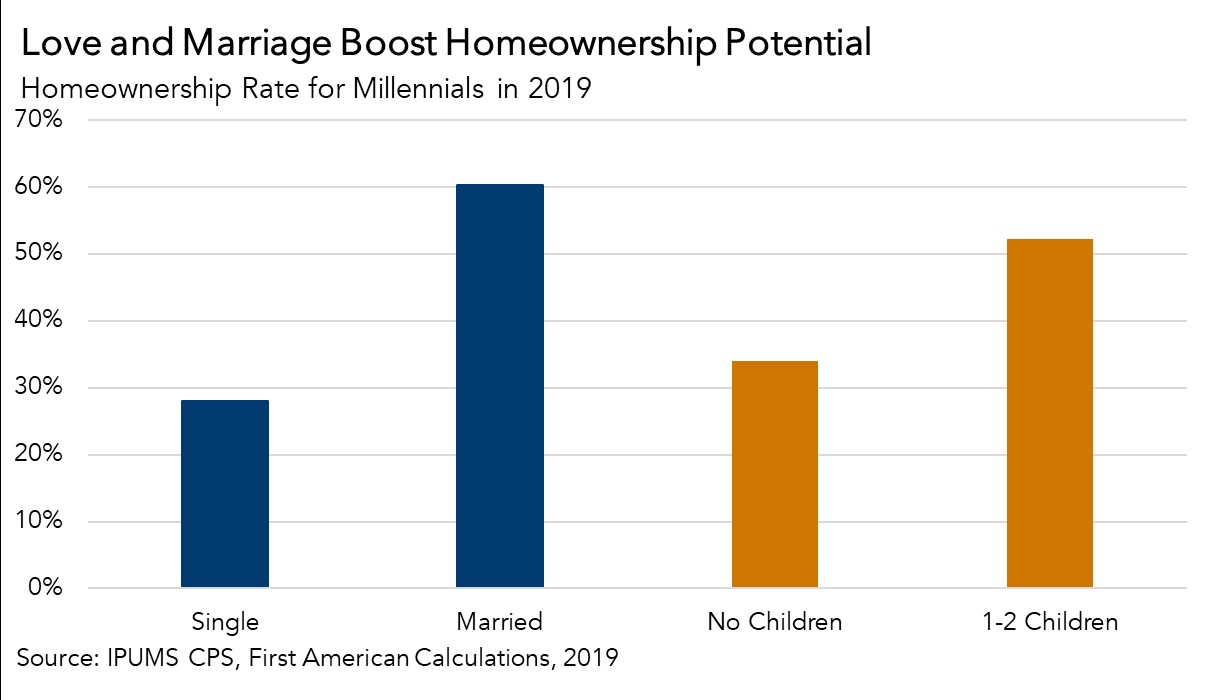 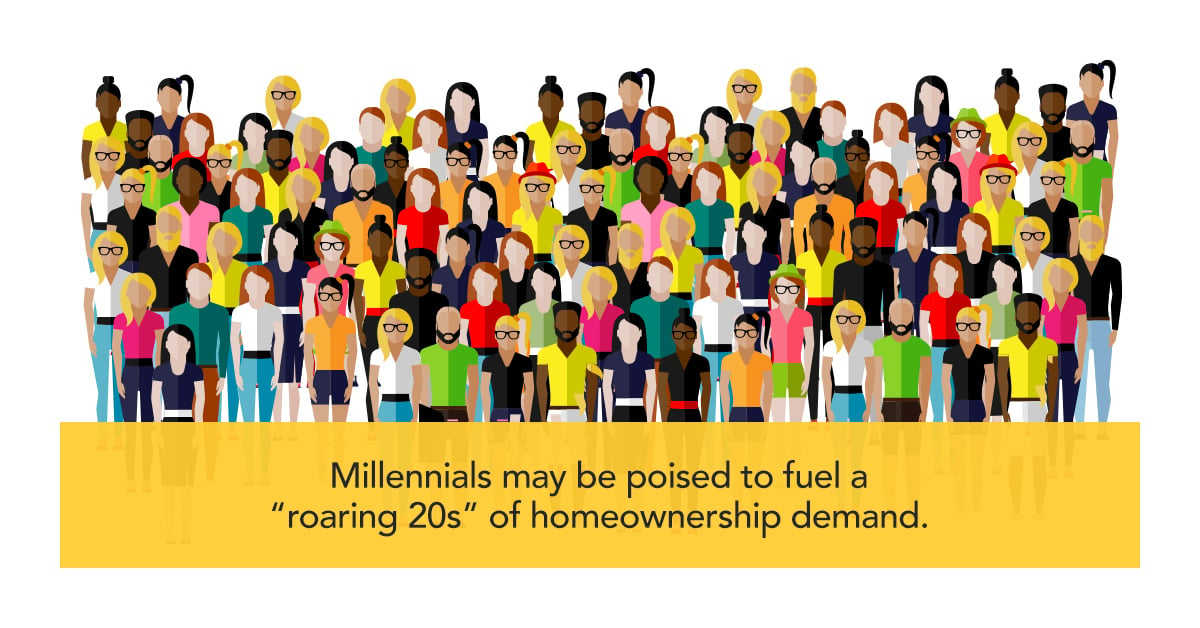 Millennial Homeownership Delayed, But Not Denied 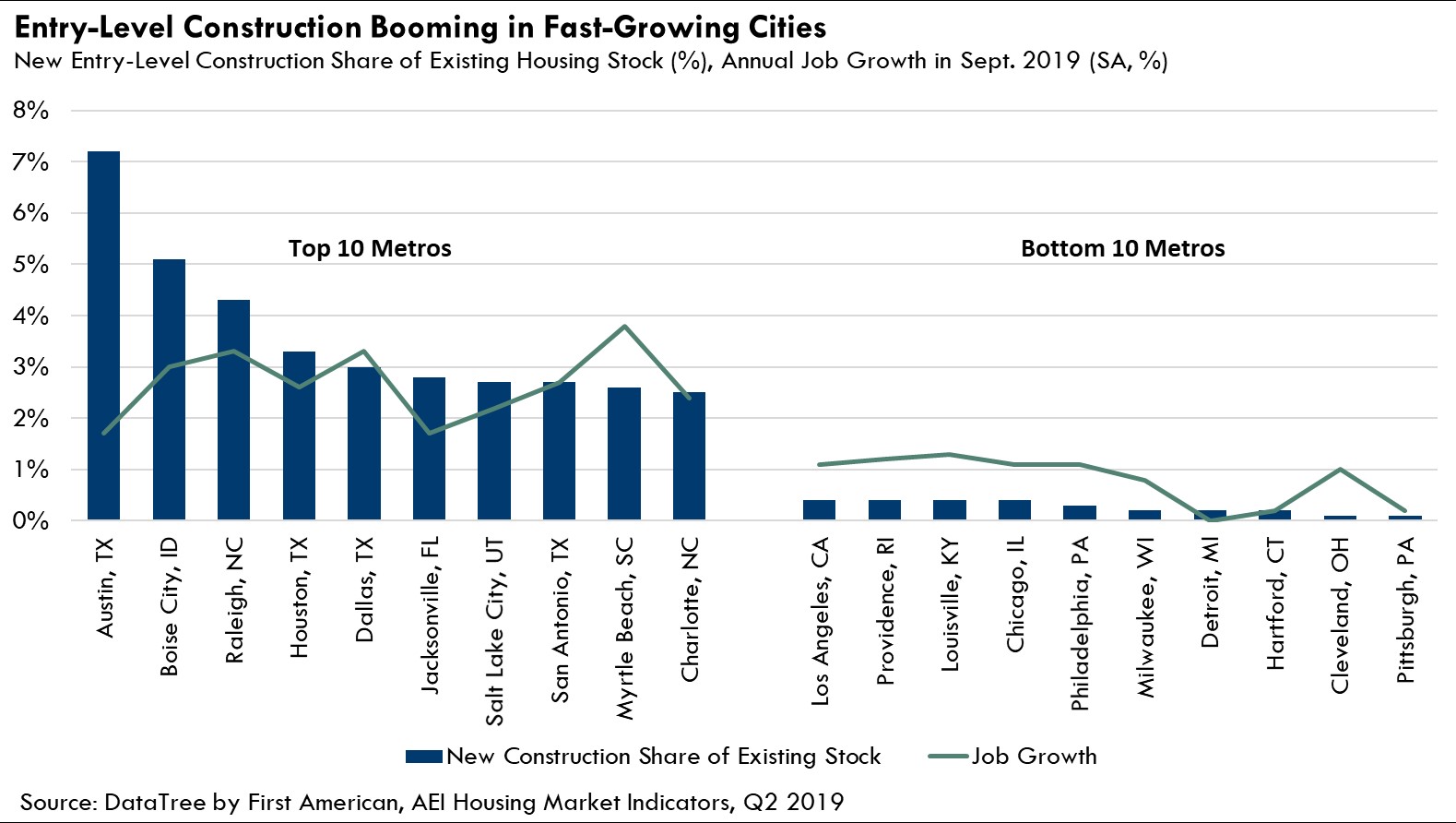 What Do The Top 10 Cities For Entry-Level New Home Construction Have In Common?