Millennial Homeownership Delayed, But Not Denied

As we navigate the unprecedented impact of COVID-19, home has taken on added significance and there are signs that homeownership remains one of the main tenets of the American Dream. After hitting a bottom in the second week of April, mortgage applications to purchase a home increased for nine consecutive weeks, even exceeding levels from a year ago for five straight weeks. Housing may be positioned to lead the recovery, a role it has traditionally played in previous downturns, with the exception of the Great Recession. In the recovery from the Great Recession, the homeownership rate hit a generational low of 63 percent in 2016, but it has been steadily rising since. A combination of demographic and economic factors has driven the steady rise since the low point and remain poised to fuel demand in the years ahead.

Since 2012, potential homeownership demand, based on the lifestyle, societal and economic factors tracked in our HPRI model, has exceeded the actual homeownership rate. Millennial household formation is a major demographic trend driving the increase in potential demand, but rising house-buying power driven by wage growth and persistently low mortgage rates have also helped boost potential demand. Between 2011 and 2018, the annual average of the 30-year, fixed-rate mortgage has been near or below 4.5 percent, significantly below the pre-2011 average of 8.9 percent. In 2019, mortgage rates unexpectedly fell after trending up through much of 2018, helping increase house-buying power and further elevating potential homeownership demand, which exceeded the actual homeownership rate by 3.6 percentage points. 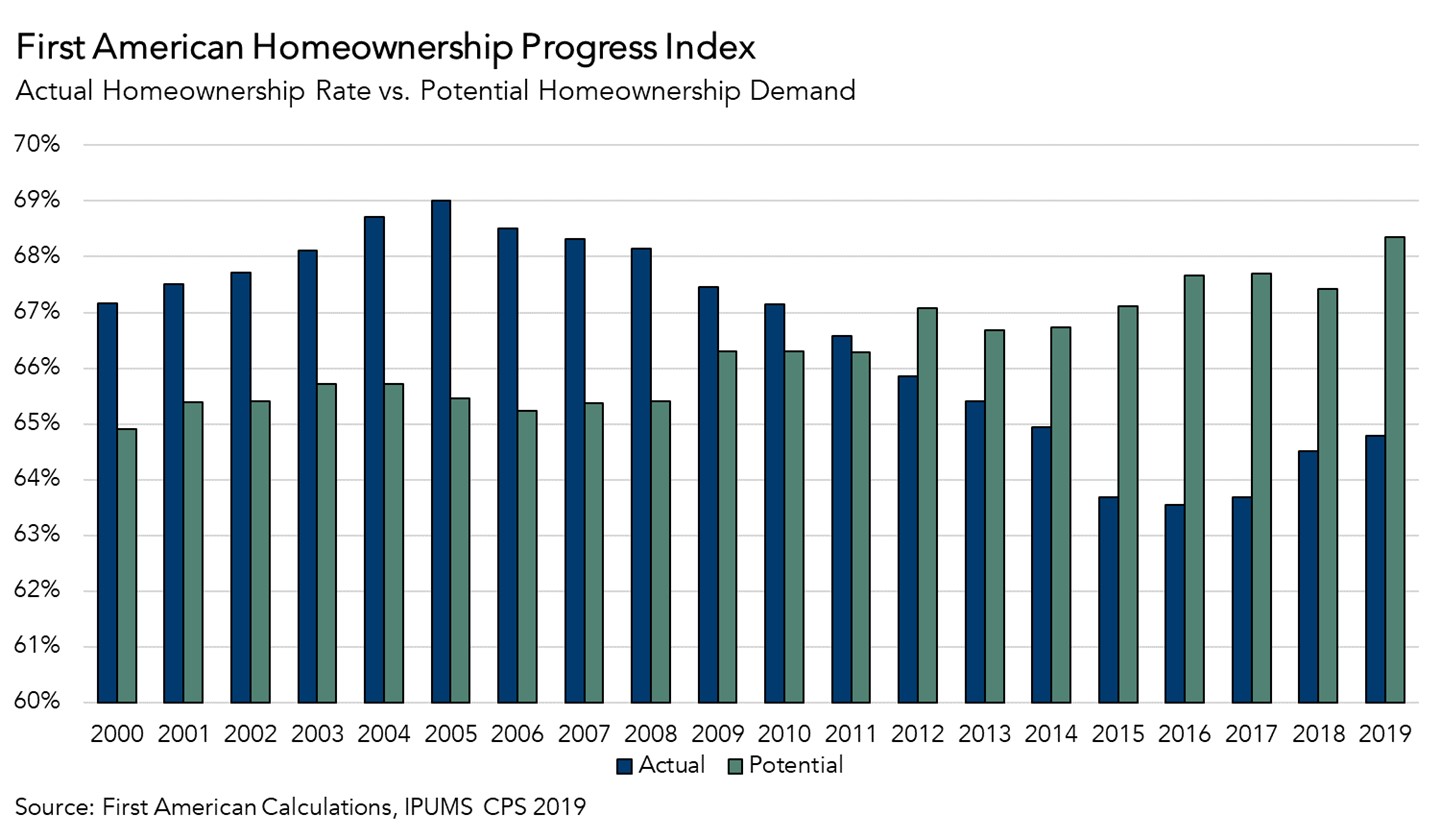 Millennials are the largest generational group in the history of the U.S., and that’s not the only thing that differentiates them from their generational predecessors. Millennials are more diverse, more educated, and have historically chosen to delay critical lifestyle triggers to buying a first home, including getting married and having children, in favor of furthering their educations. However, according to a 2019 survey, 88 percent of millennials believe homeownership is important for personal success, and there are signs that millennials will continue to be a driving force in homeownership demand. It appears millennial homeownership has been delayed, not denied.

The First American Homeownership Progress Index (HPRI) showed that in 2019:

The next release of the First American Homeownership Progress Index will be posted in June 2021. 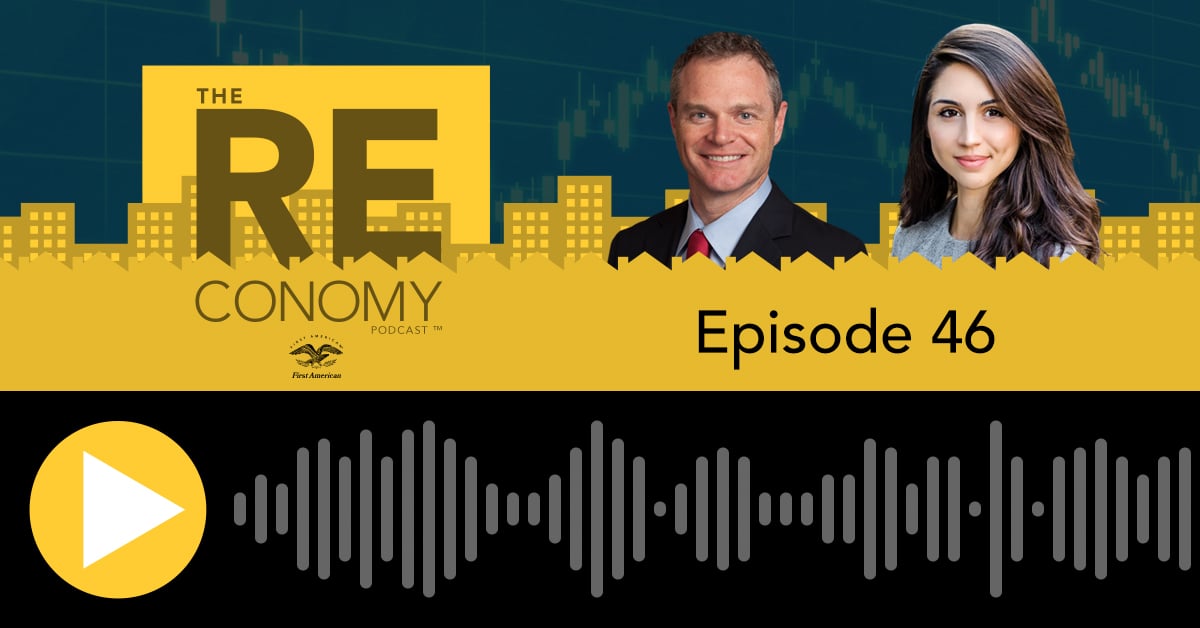