What Triggered the Biggest Increase in House-Buying Power in Five Years?

While housing affordability in 2018 fared poorly in comparison to 2017, decreasing 11.8 percent in December compared with a year earlier, the year finished strong in December thanks to declining mortgage rates. Mortgage rates in December fell 0.23 percentage points compared with the previous month and household income increased 0.4 percent. The effect? A 3.1 percent increase in house-buying power, the largest monthly gain in more than five years. As a result, real house prices experienced the largest monthly decline (2.4 percent) since 2016. December delivered a significant holiday housing affordability boost to prospective home buyers.

In December, the labor market remained impressive. Annual hourly wage growth increased by 3.5 percent compared with a year earlier, and the labor market’s record streak of job gains continued. The labor market has increased average household income by 55 percent since January 2000. In 2018, the increase in household income helped mitigate the impact of rising mortgage rates and the fast pace of unadjusted house price growth on affordability. Rising mortgage rates, which increased from 4.0 to 4.6 percent in 2018, reduced consumer house-buying power by nearly $31,000. The growth in household income, however, increased consumer house-buying power by $11,000. The overall net effect in 2018 of the affordability tug-of-war between increasing mortgage rates and income growth was a $19,000 decline in house-buying power, compared with December 2017. 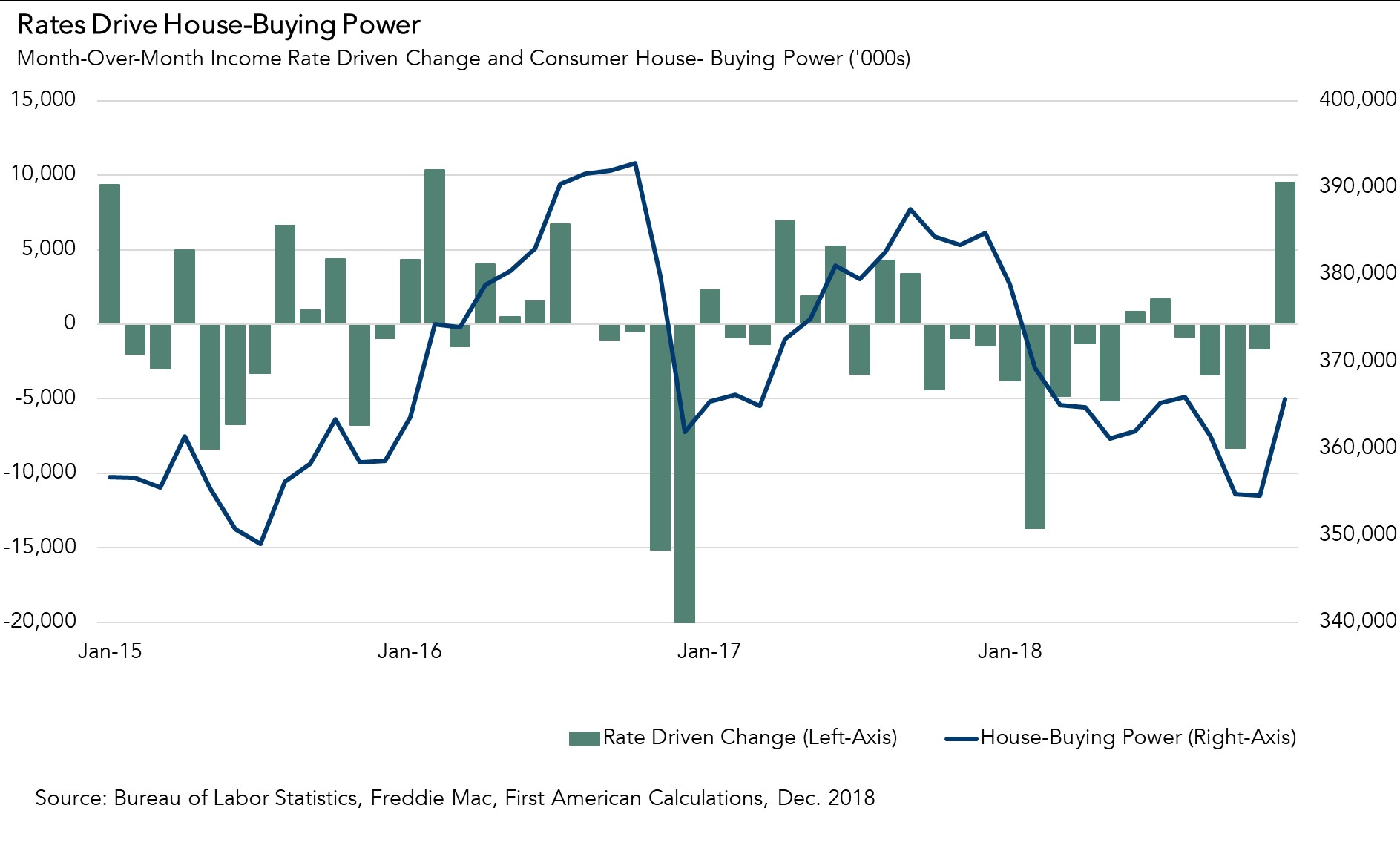 The RHPI is updated monthly with new data. Look for the next edition of the RHPI the week of March 25, 2019. 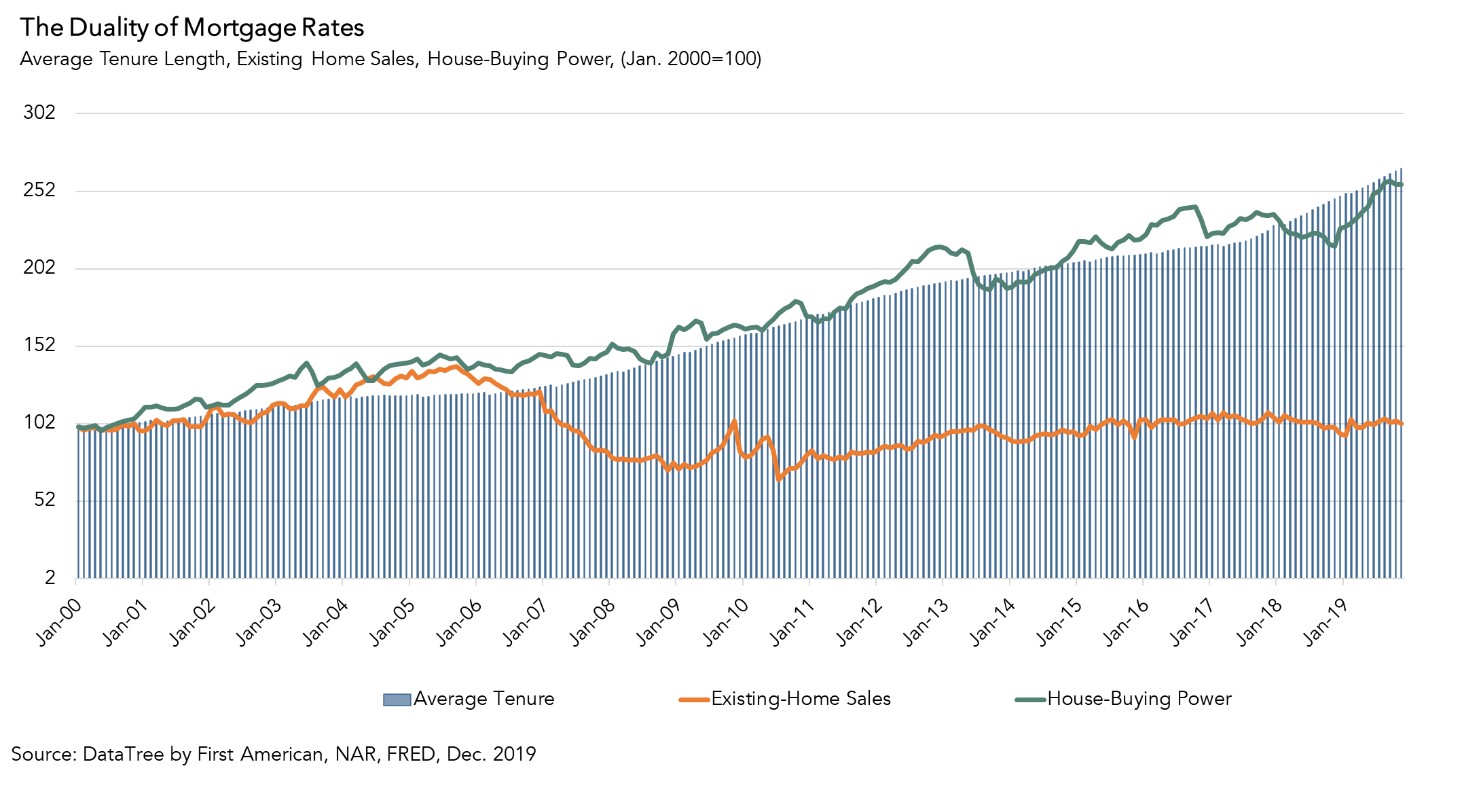