Affordability Declined for Third Month in a Row

Housing affordability declined on a year-over-year basis for the third month in a row in May, following a two-year streak of rising affordability. The decline in May occurred even as two of the three key drivers of the Real House Price Index (RHPI), household income and mortgage rates, swung in favor of greater affordability relative to one year ago.

“Affordability trends in the coming months will hinge on the supply and demand dynamics behind nominal house price appreciation – dynamics which will play out differently in each market.”

House-buying power increased by 8 percent in May compared with a year ago, propelled by lower mortgage rates and higher household income. The affordability gains from house-buying power, however, were offset by the third component of the RHPI, nominal house price appreciation, which reached a record 18 percent in May, surpassing the previous peak from 2005. As always, real estate is local and national affordability trends are not necessarily reflected in local trends, as house-buying power and nominal house price gains vary greatly from city to city.

Affordability Declined in 49 of the 50 Major Markets 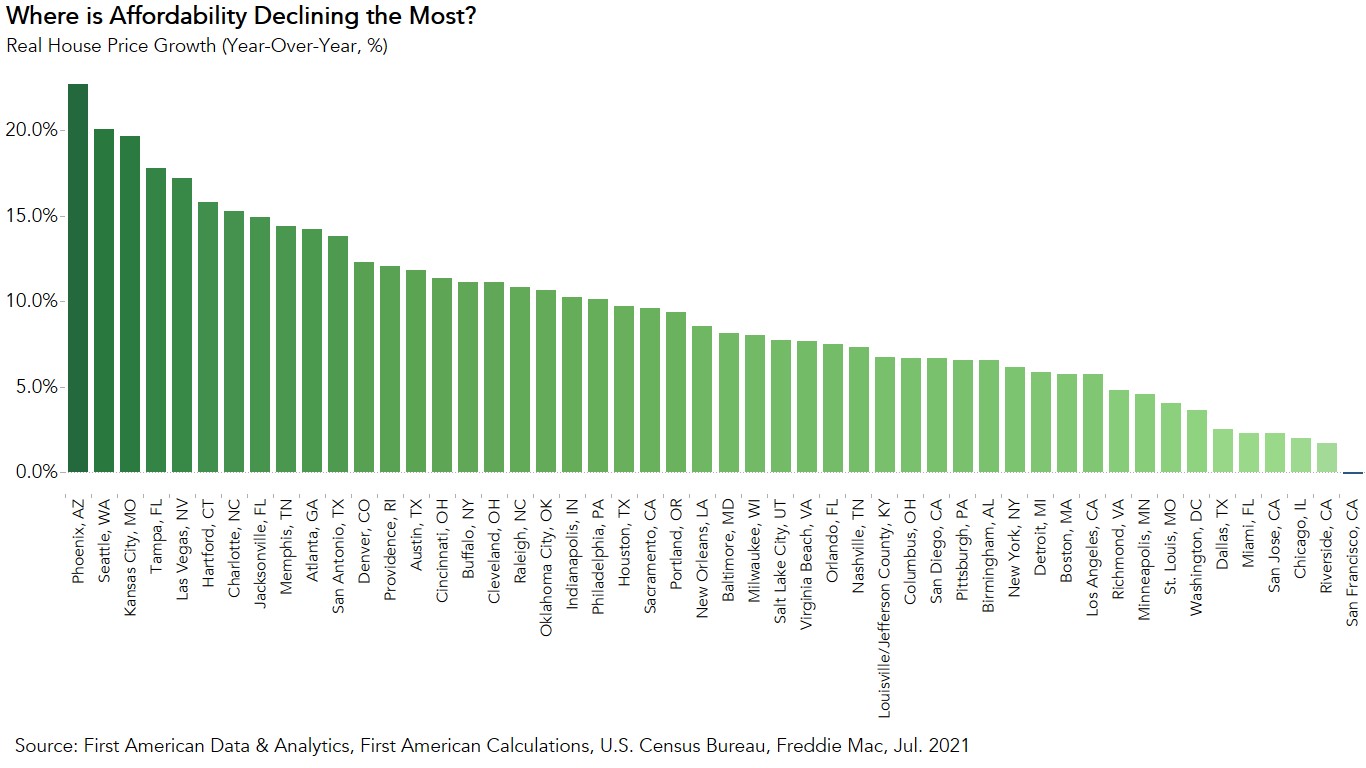 Mortgage rates are generally the same across the country, so a decline in mortgage rates boosts affordability equally in each market. Household income growth and nominal house prices, on the other hand, differ from market to market, so the affordability dynamic varies as well. 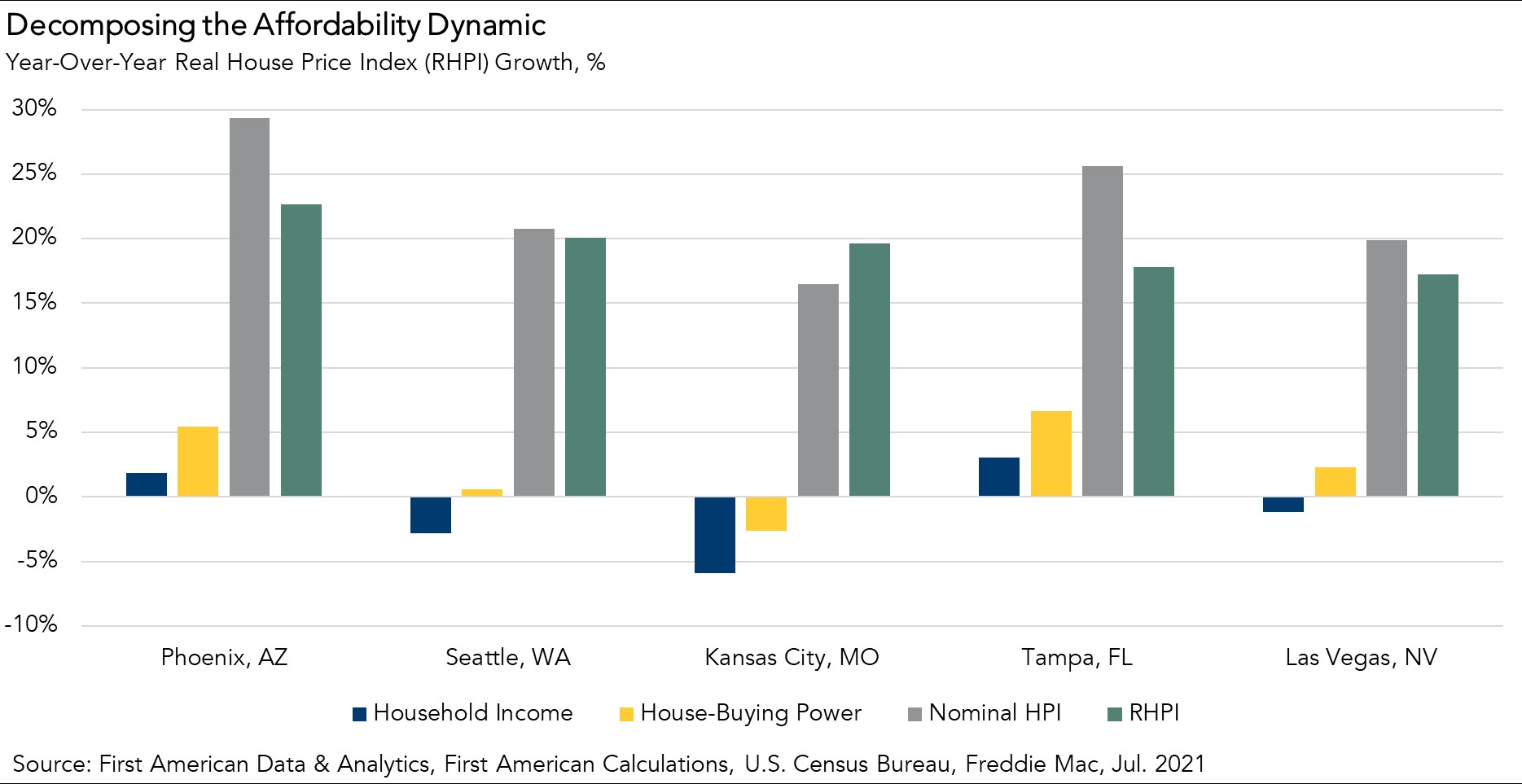 Where Are Nominal House Prices Headed?

Declining affordability may cause potential home buyers on the margin to be priced out, prompting fewer or less intense bidding wars and causing house price appreciation to moderate. The increase in housing inventory may likewise ease pressure on nominal house price growth, though the increase remains small relative to historic levels and the broader housing supply shortage is likely to take years to reverse. Affordability trends in the coming months will depend on the supply and demand dynamics behind nominal house price appreciation – dynamics which will play out differently in each market.

For more analysis of affordability, please visit the Real House Price Index. The RHPI is updated monthly with new data. Look for the next edition of the RHPI the week of August 30, 2021.

The First American Real House Price Index (RHPI) showed that in May 2021:

The next release of the First American Real House Price Index will take place the week of August 30, 2021.