Why Has Defect Risk Reached a Multi-Year Low Point?

The overall Defect Index has not been this low since December 2016. In fact, the Defect Index for purchase transactions reached an impressive milestone – the lowest point since we began tracking defect risk for purchase transactions in January 2011. It’s no coincidence that the broader U.S. economy has also hit some impressive milestones. The current economic expansion extended the longest economic expansion in history by another month in September. And, unemployment fell to 3.5 percent in September, which marked the 19th consecutive month at, or below, 4 percent unemployment. The unemployment rate is the lowest it has been since 1969 – over 50 years ago.

The strong economy has driven the tight labor market and the competition among employers for workers has fueled wage growth. Wage growth pushes household income upward, which was 2.4 percent higher in September compared with one year ago. But, what is the connection between a strong economy and fraud risk?

Economy Up, Fraud Down?

While the rising share of refinance transactions and weakening sellers’ market conditions have helped reduce fraud risk in 2019, there are some other factors at play as well. Rising household income driven by the strong labor market and lower mortgage rates have increased consumer house-buying power and helped boost consumer confidence. As consumer house-buying power and consumer confidence swell amid the strong labor market, the pressure to misrepresent income and employment in mortgage applications declines.

So far, both the economy and fraud risk have reached positive milestones in 2019. The pattern seems clear – as long as the economy trends up, fraud risk trends down. 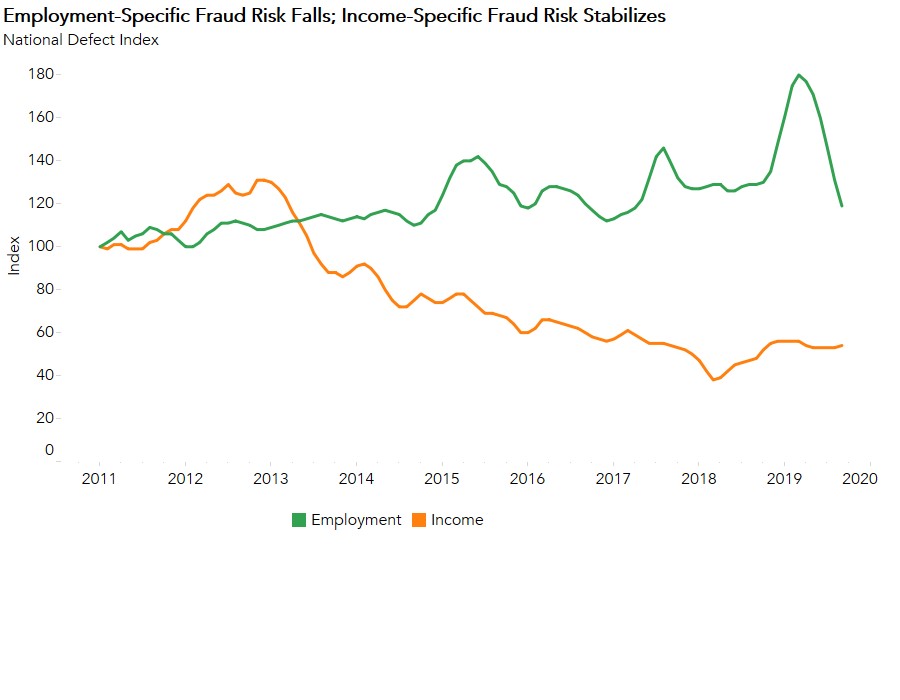