What Does the Refinance Boom Mean for Fraud Risk?

“As the mortgage market composition continues to shift toward refinance transactions in 2019, the risk of defect, fraud and misrepresentation will continue to decline.”

The 30-year, fixed mortgage rate has been declining since December 2018, and in July 2019 reached 3.8 percent, the lowest rate since November 2016. As mortgage rates fall, the incentive to refinance increases. For many homeowners, the most important consideration on whether to refinance or not is if the mortgage rate is sufficiently lower than their existing rate.

The prevailing mortgage rate of 3.8 percent in July triggered a 25-percent jump in refinances month over month and a 60-percent jump compared with July 2018. Why does this matter for fraud risk? Defect, fraud and misrepresentation risk is significantly lower on refinance transactions, so the reduced risk of fraud and misrepresentation in July is largely due to the increasing share of lower risk refinance transactions within the mortgage market. 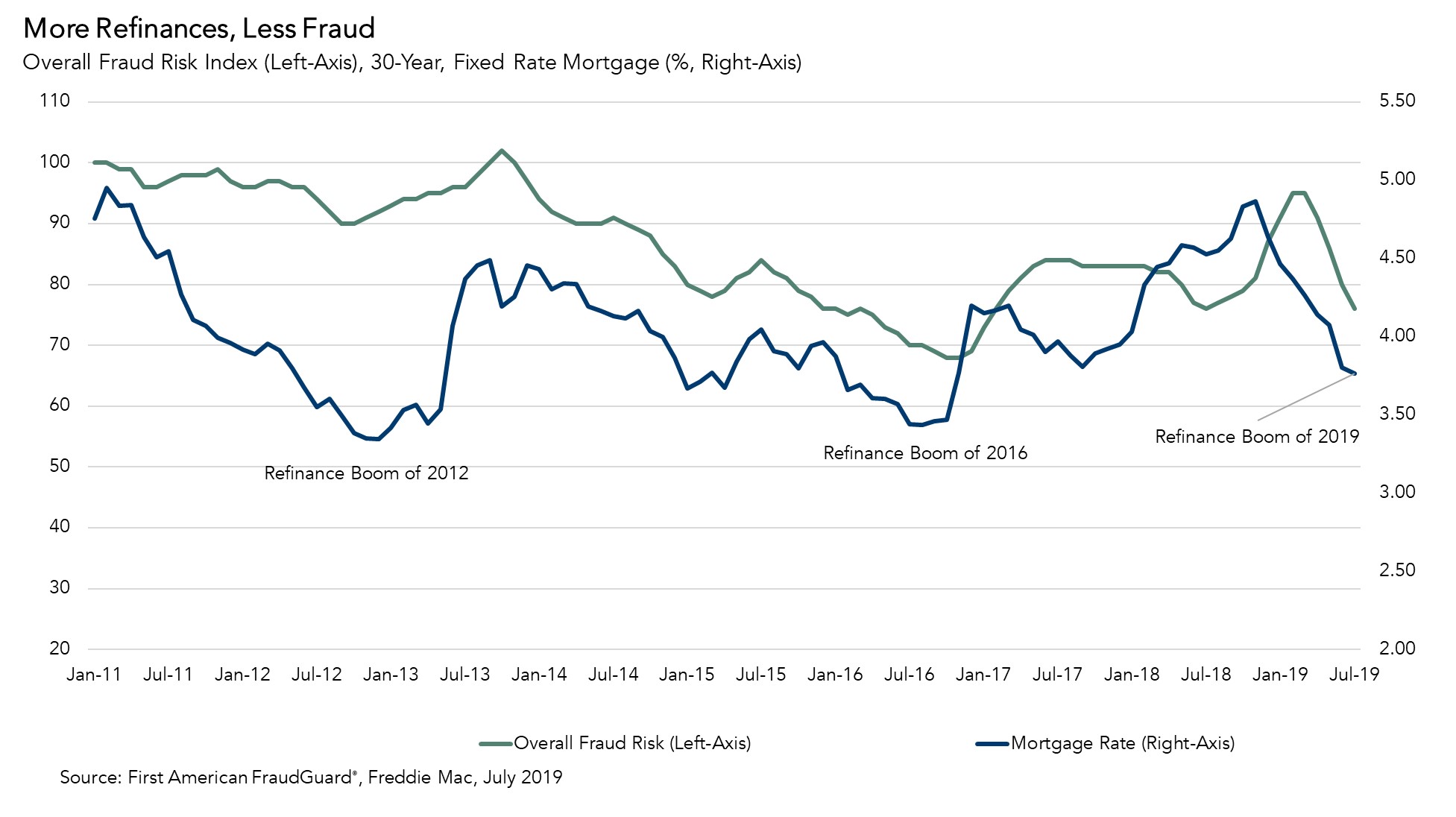 The 30-year, fixed mortgage rate continued to decline in August, which is likely to boost refinance demand even further. In fact, according to estimates, the number of existing households that would be refinance candidates would increase to 11.6 million at a mortgage rate of 3.5 percent (as the prevailing rate would be at least 0.75 percentage point lower than their current rate), compared with just 2.9 million households when the mortgage rate is 4.5 percent. As the mortgage market composition continues to shift toward refinance transactions in 2019, the risk of defect, fraud and misrepresentation will continue to decline. 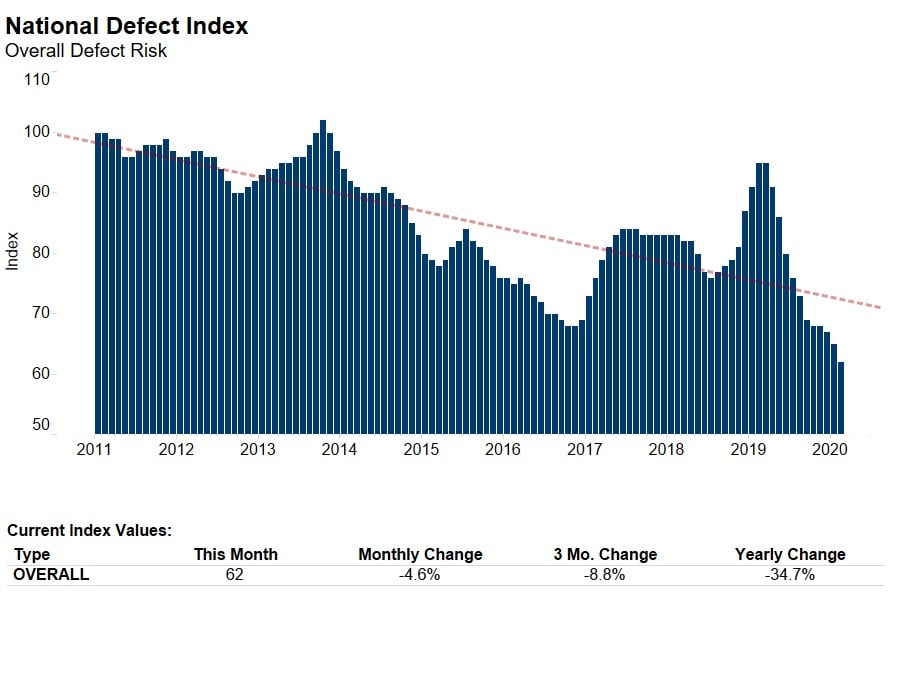