Will the Pandemic “She-cession” Derail Growth in Homeownership Among Single Women?

“We’ve all heard the children’s nursery rhyme, 'first comes love, then comes marriage,' but it seems for many women, first comes homeownership.”

We know from previous research that higher educational attainment results in higher household income, and higher income improves the likelihood of homeownership. This remains true among single women. Women with higher levels of educational attainment tend to earn more and are more likely to be homeowners, and women have increasingly pursued higher levels of education over the last two decades.

The share of single women with a bachelor’s degree or higher has increased from 20 percent in the year 2000 to over 32 percent in 2020. Similarly, real median household income for single women has increased approximately 10%* from 2000 to 2020, resulting in greater house-buying power. These trends have increased the importance of educational attainment in achieving homeownership. The homeownership gap between single women with just a high school degree (or some college) versus those with a bachelor’s degree was 0.1 percentage points in the year 2000 and increased to 7.8 percentage points in 2020. As educational attainment and household income for women continue to rise, we can expect increased homeownership to follow suit. 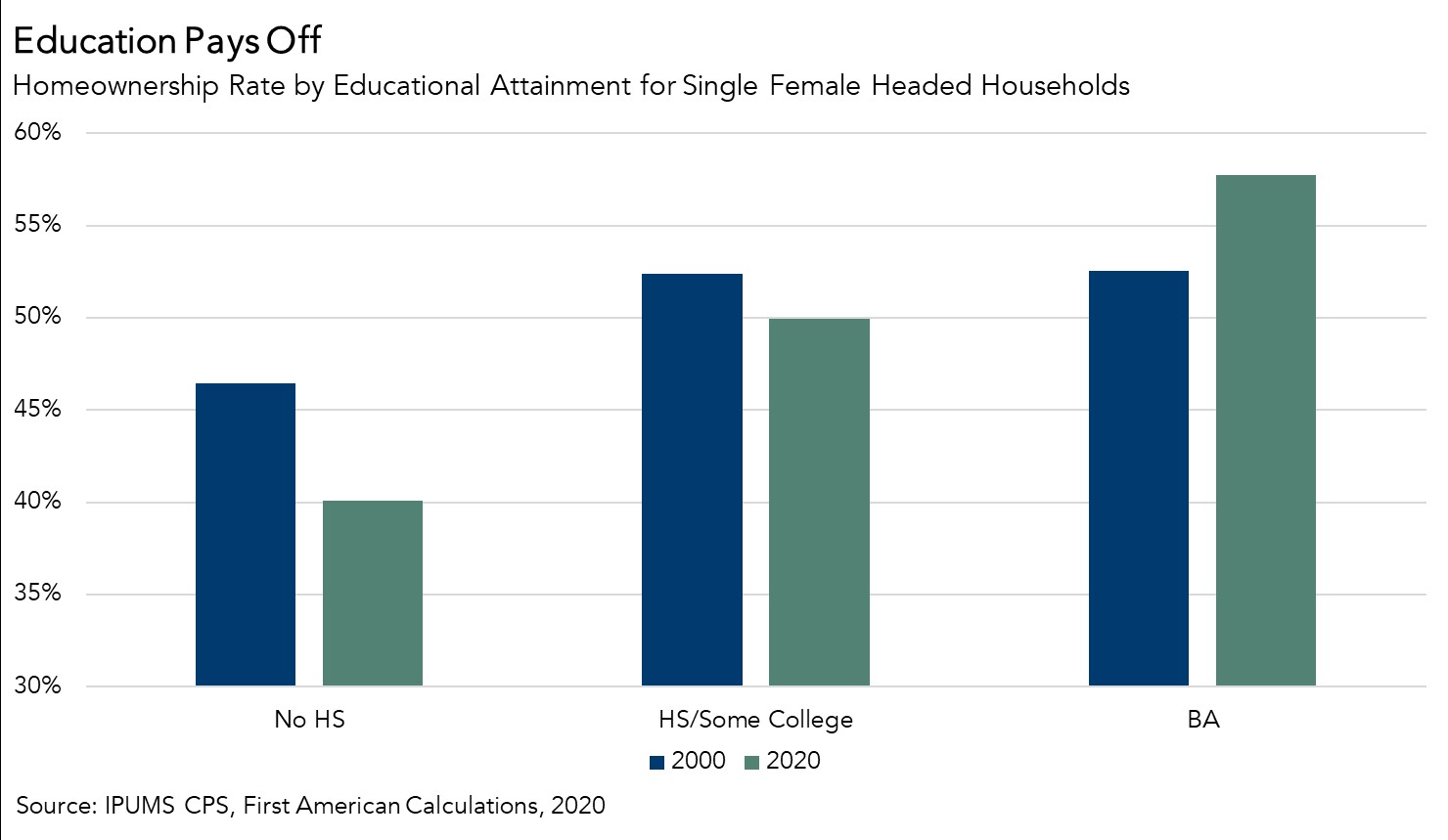 The Potential Impact of the “She-cession”

The current health crisis has resulted in economic hardship for many, particularly a negative income shock and high unemployment. Women have been disproportionately hurt by the pandemic “she-cession” because women, specifically younger and less educated women, are over-represented in service sector jobs and this was the Great Recession for the services industry. Homeownership, on the other hand, is highly correlated with being older and more educated.

While the pandemic recession has proven devastating for many of these workers, the nature of this service sector-driven recession is unlikely to result in a one-to-one decline in homeownership demand for single women because those being impacted disproportionately by this “she-cession” are much less likely to have been house hunting in the first place. Single women homeownership in the medium- and long-term, particularly for millennial women, is anticipated to rise due to increasing educational attainment, income, and a desire for homeownership.

*Pandemic-related data collection issues in the Current Population Survey may impact 2019 income survey results. Median income growth for single women is assumed to grow 5.1% YoY in 2019 instead of the reported 7.9%. Data is not yet available for 2020 household incomes, but we assume a YoY decline of 1.5% due to the pandemic recession (assumption is from annual percent decline in median household income for single female-headed households over previous two recessions). 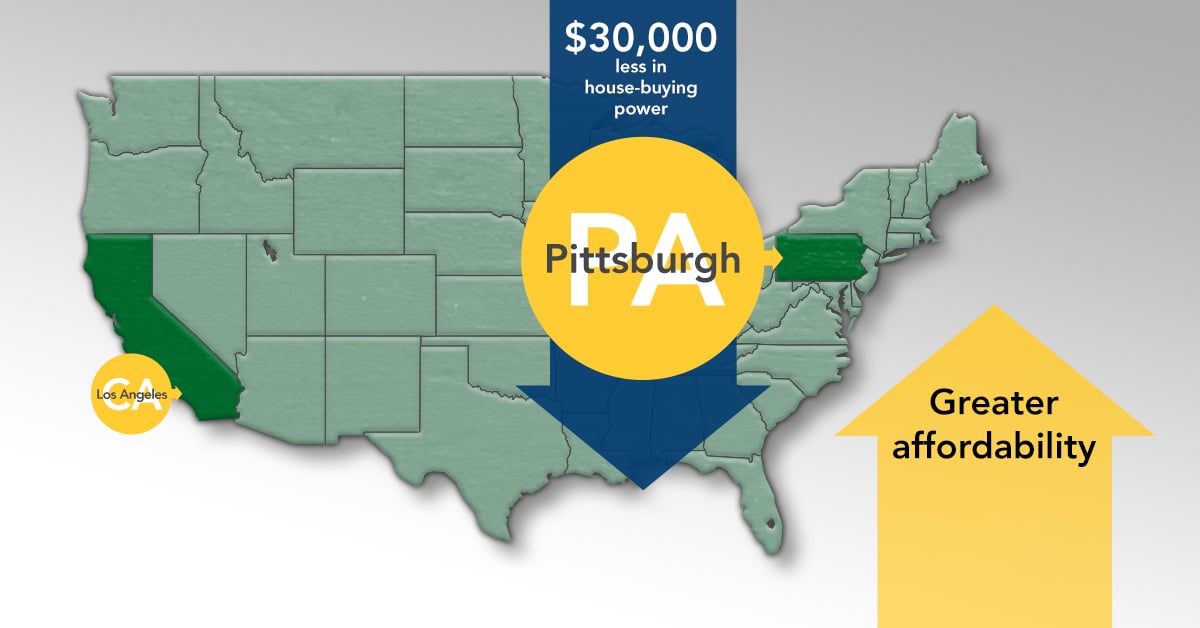