What’s the Outlook for Housing Market Potential for the Rest of 2019?

“Lower mortgage rates have a dual effect on the housing market: they incentivize homeowners to move as the rate 'lock-in' effect fades and they boost demand by making homes more affordable.”

In September 2018, the 30-year, fixed-rate mortgage was 4.63 percent and reached a high of 4.87 percent in November. Today, mortgage rates are more than one percentage point lower than one year ago, and 1.26 percentage points lower than the November 2018 zenith. In September of last year, rates were forecasted to continue to rise, as many experts believed the Federal Reserve would continue to increase the Federal Funds rate and put more upward pressure on mortgage rates. Rising rates reduce home-buying power and decrease market potential for existing-home sales.

But, in December 2018, the unexpected happened – volatility in the bond market helped drive mortgage rates lower. This trend has continued through most of 2019 and mortgage rates are now near historically low levels. Lower mortgage rates have a dual effect on the housing market: they incentivize homeowners to move as the rate “lock-in” effect fades, which slows or reduces the average tenure of homeowners, and they boost demand by making homes more affordable.

Changes in tenure length are largely the result of the strength of the rate “lock-in” effect, and seniors aging in place. The year-over-year growth in tenure length has been slowing since March of this year and it is conceivable that it could stabilize or even decline, if mortgage rates continue to trend lower. In September 2019, the impact of increasing tenure length on market potential resulted in a loss of 137,230 potential home sales, but that is dramatically less than the 421,260 in September of last year.

In 2019, housing affordability benefitted from lower mortgage rates and higher incomes driven by the strong labor market. In September 2019, house-buying power increased to $420,250, 15 percent higher than one year ago. The boost to house-buying power increased the market potential by 415,090 home sales, more than 10 times the annual gain in market potential boost of just 34,390 potential home sales in September 2018. 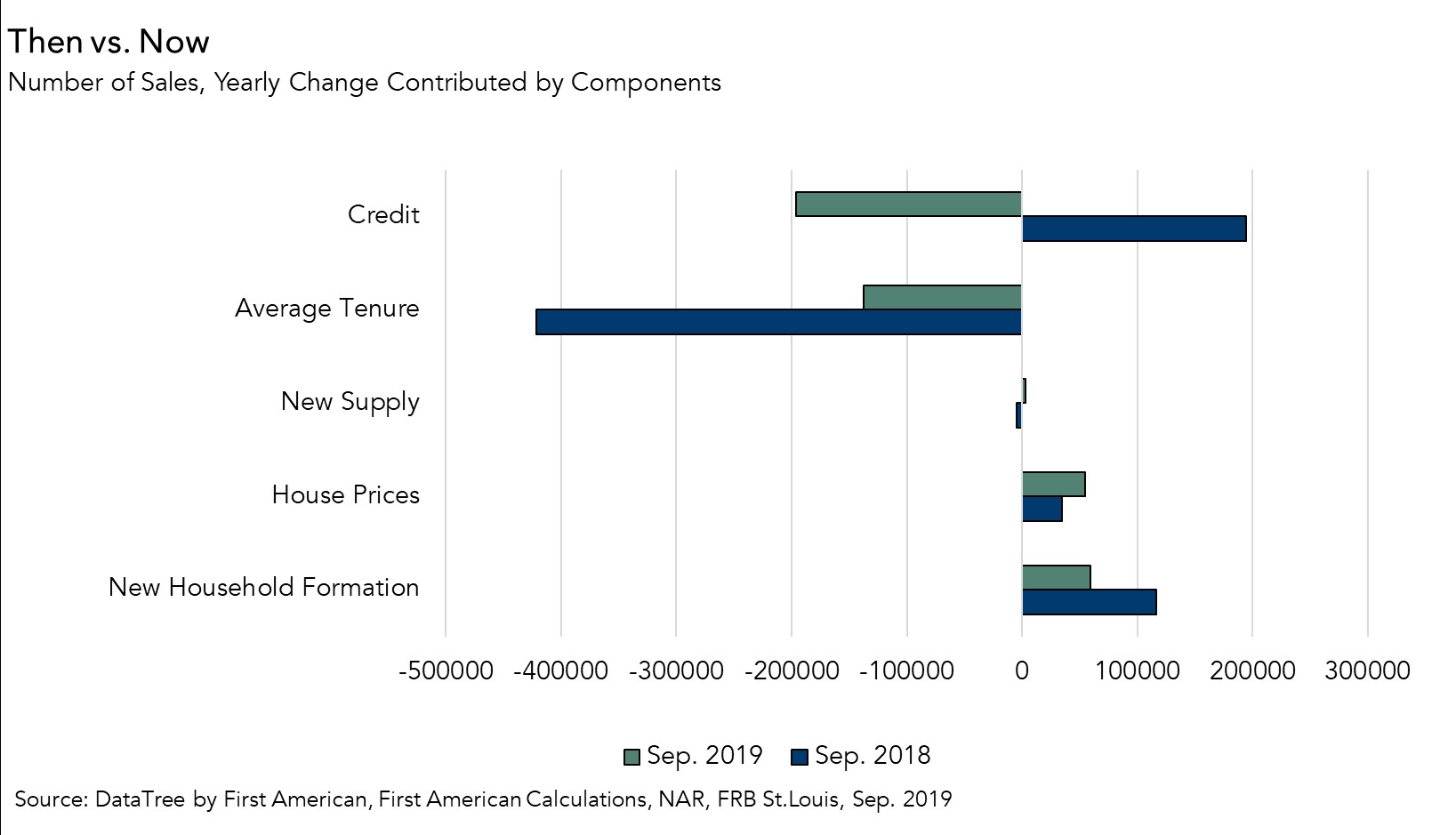 Housing is the most durable consumer good we’ll ever buy, and surging house-buying power fuels greater potential demand. You can’t buy what’s not for sale, but rising existing-home sales means more homes on the market, helping to meet the growing demand. While several factors may trigger a directional switch for market potential, the current environment of low mortgage rates and wage growth driven by a strong labor market, supports a healthy housing market for the remainder of 2019.

For the month of September, First American updated its proprietary Potential Home Sales Model to show that: 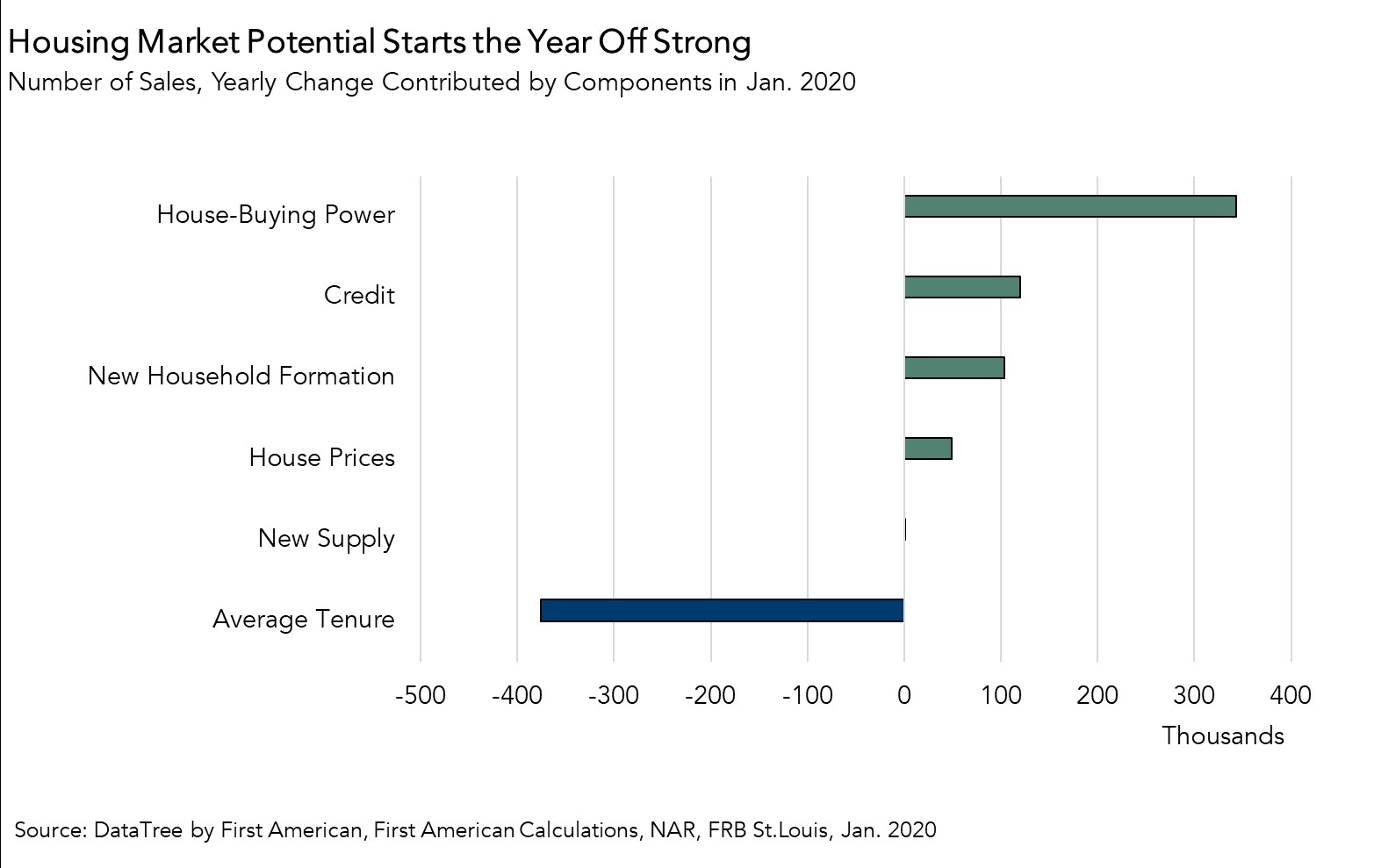 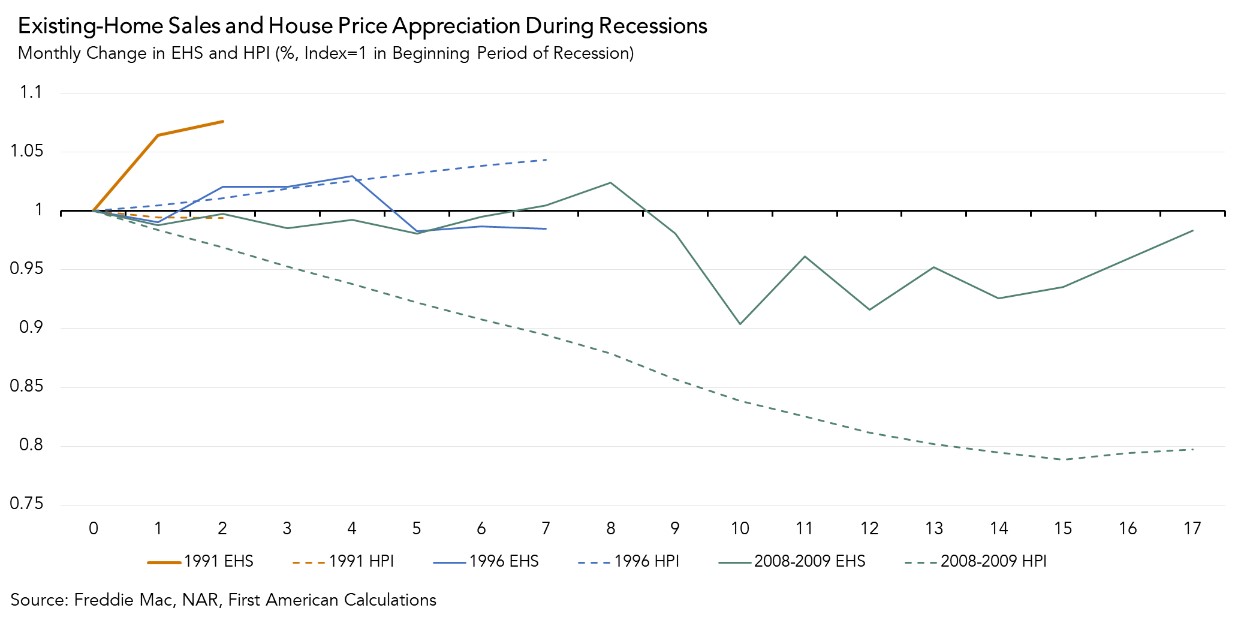 Why Today’s Housing Market May Be A Recession Buster 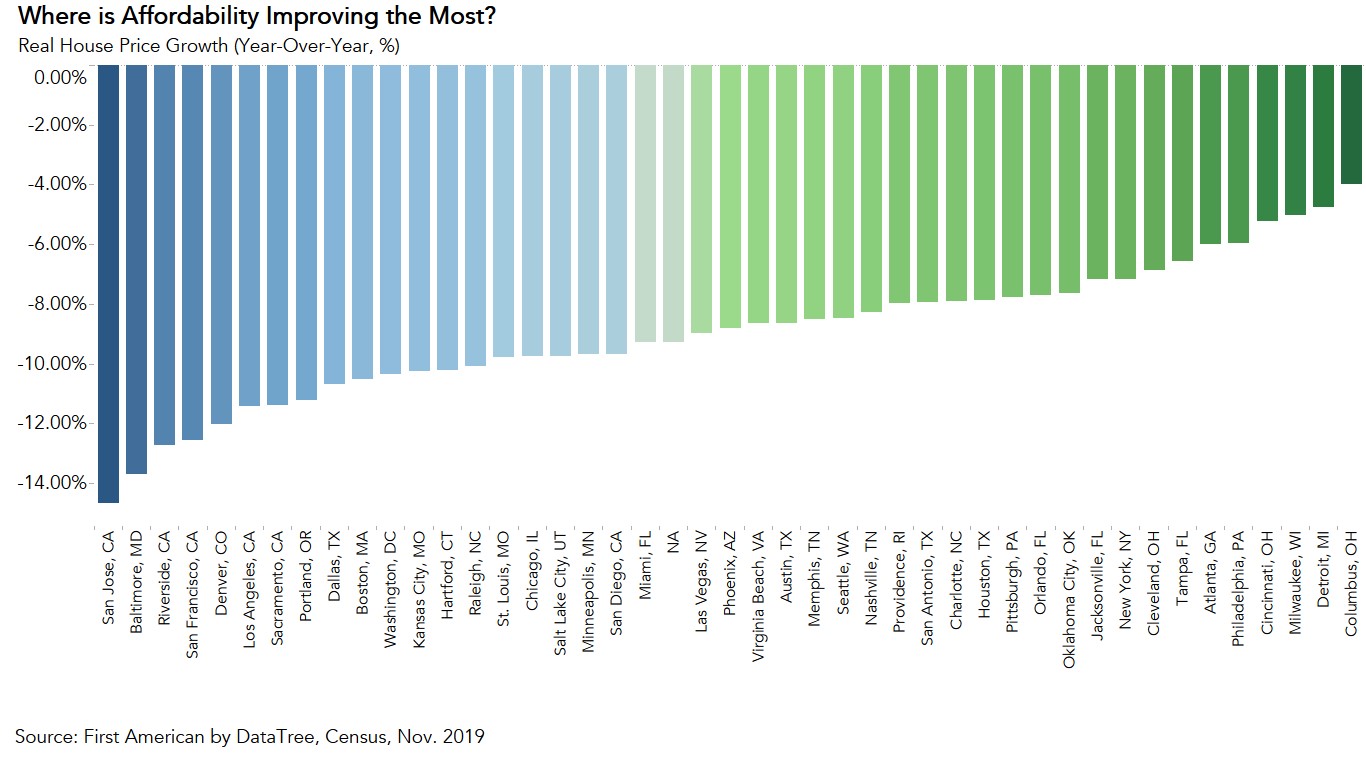 The Five Cities Where Affordability Improved The Most