Expectations of a Rate Increase Dampens Housing in October

For the month of October, First American’s proprietary Existing-Home Sales Capacity (EHS-C) model showed that the market capacity for existing-home sales decreased by 3.1 percent compared to September and decreased by 7.3 percent compared to a year ago. The EHS-C provides a gauge on whether existing-homes sales are under capacity or over capacity based on current market fundamentals. The seasonally adjusted, annualized rate (SAAR) of existing-home sales capacity is up 73.6 percent from the low point of sales reached in February 2009*. The EHS-C decreased by 181,500 sales (SAAR) in October.

EHS-C is down 779,000 sales (SAAR) from the most recent peak in February 2014. The current underperformance gap is an estimated 209,000 (SAAR), which is significantly less than the sales capacity gap of 1.7 million existing-home sales in February 2014.

The housing market’s capacity for existing-home sales is declining with the expectation of a Fed rate increase pre-adjusting mortgage rates and causing a slowdown in house price appreciation. Market capacity remains modestly in excess of actual sales due to leverage-assisted housing asset inflation, which is home price appreciation fueled by low mortgage rates. Rising mortgage interest rates and moderation in house price appreciation were the most important market fundamentals that reduced market capacity this month. Now that interest rates are pre-adjusting in response to signals from the Fed for a highly expected increase in December, demand is also declining.

“The housing market’s capacity for existing-home sales is declining with the expectation of a Fed rate increase pre-adjusting mortgage rates and causing a slowdown in house price appreciation.”

This past September, I published an analysis of the impact of a possible rate increase on existing-home sales and house prices entitled "Does a Fed Rate Increase Doom Housing?" Based on a 25 basis point increase in the 30-year fixed rate mortgage rate, house price appreciation on a year-over-year basis slows down by 1 percent more than expected without the rate increase. Existing-home sales slow by about 2.5 percent on annualized and seasonally adjusted basis, a decline of less than 150,000 sales a year. The housing market isn’t doomed by a Fed rate increase, but demand would fall modestly.

An increase in rates on the part of the Fed, causing mortgage rates to rise, can actually be good for the housing market in the long run. Continued low mortgage rates are a contributing factor to the pace of price appreciation that we have seen in the housing market over the past three years. Leverage-assisted housing asset inflation is a significant contributing factor to the market capacity for existing-home sales exceeding actual existing-home sales. The longer rates remain, low the longer leverage-assisted housing asset inflation outpaces income growth and reduces affordability for the first-time homebuyer. 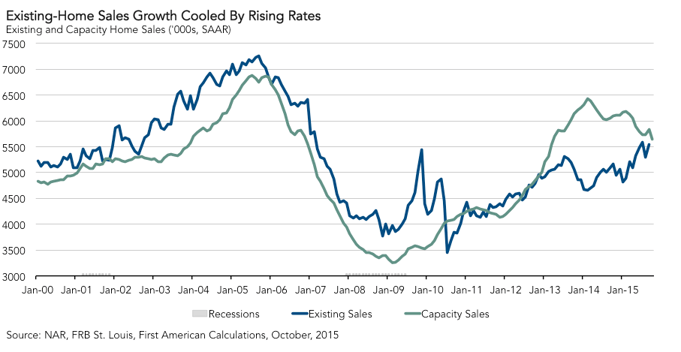 Looking ahead to 2016, I expect existing-home sales to reach 5.5 million by the end of the year. Housing demand is expected to be increasingly dominated by the first-time homebuyer as existing homeowners will have a reduced incentive to sell in a higher rate environment. 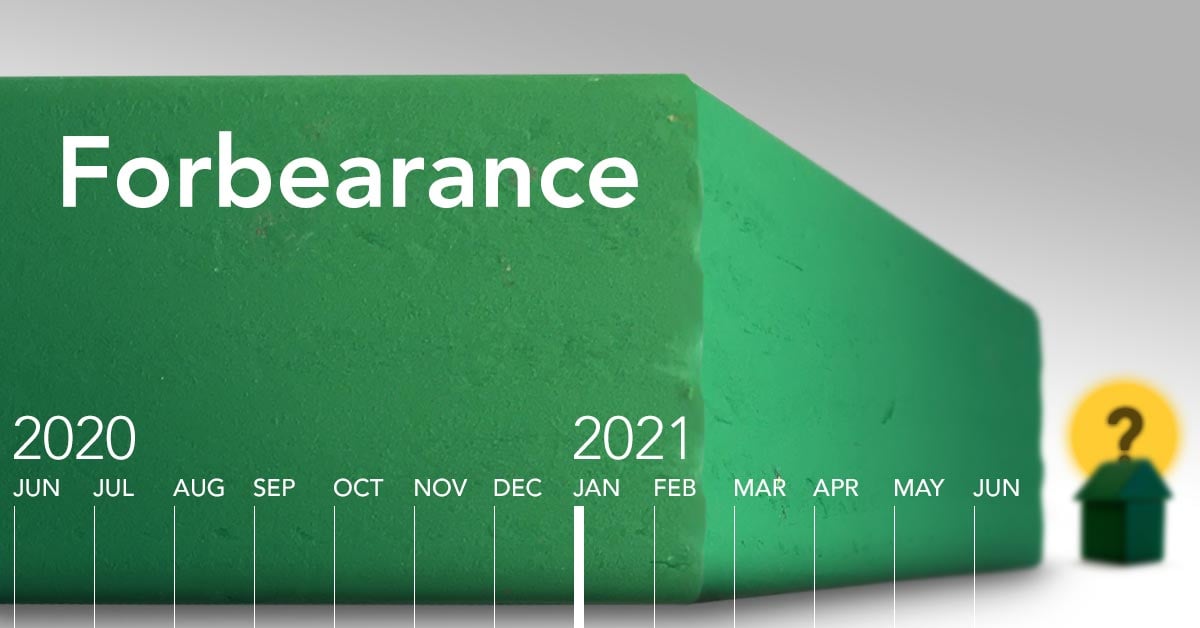 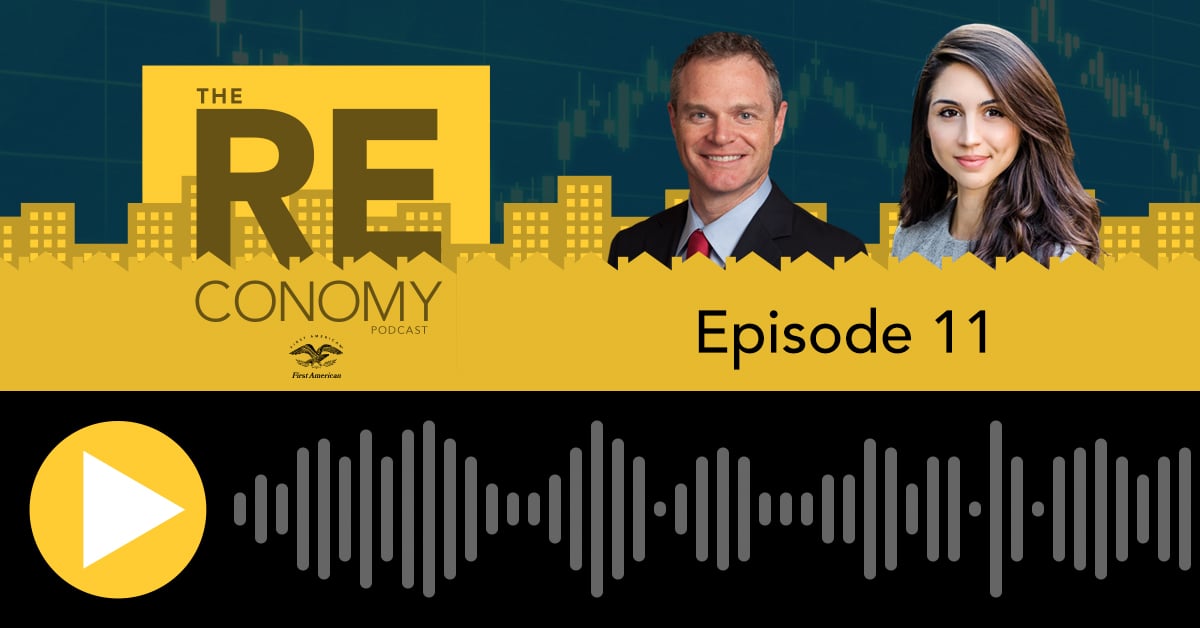 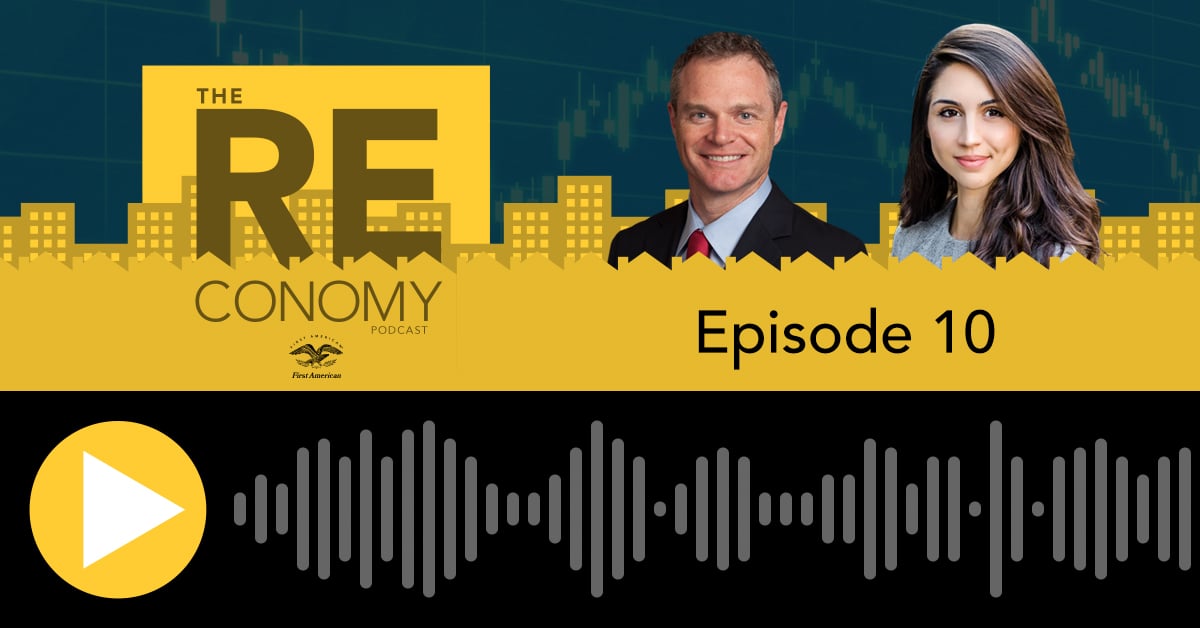