Even though nominal house prices continued to surge, affordability improved in November as two of the three key drivers of the Real House Price Index (RHPI), household income and mortgage rates, swung in favor of increased affordability. Real house prices declined by 6.2 percent relative to one year ago, thanks to the benefit of increased buying power.

“Economic and demographic context matters and, even if rising rates persist in 2021, the context is good for the housing market.”

While mortgage rates fell in November, in more recent data from January 2021, mortgage rates have increased slightly due to a more positive economic outlook. The uptick in rates sparked questions about how the housing market will react as rates rise. 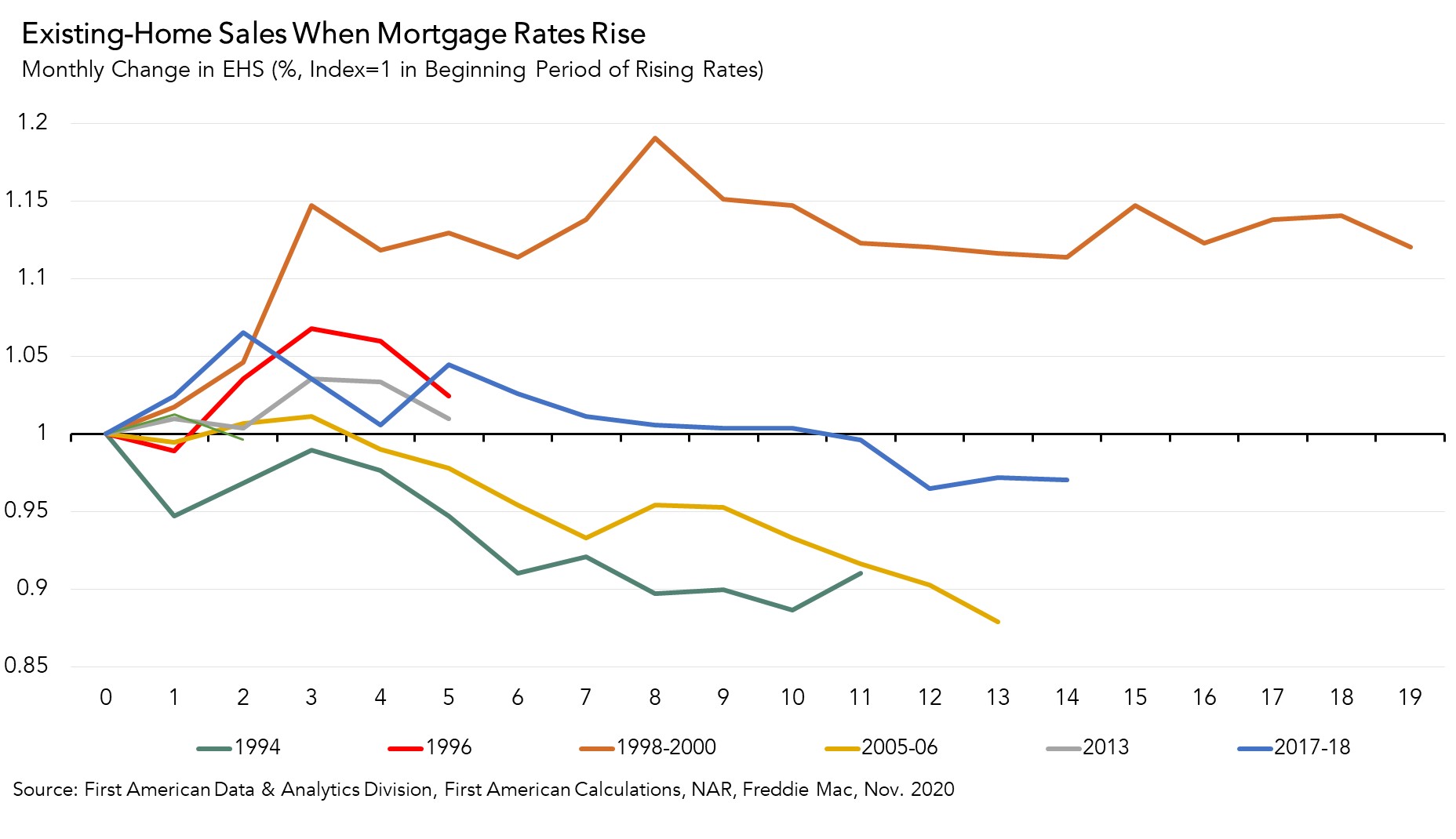 House Prices Are Even More Resilient

The graph below shows unadjusted house prices in the same six rising-rate eras. House prices are clearly resistant to rising mortgage rates. Apart from the 1994 rising-rate period, when house prices declined slightly and briefly, house prices have always continued to rise, albeit more slowly, when rates have increased. In the 2005-2006 housing bubble, house prices eventually declined after initially increasing, but never declined below the level at the beginning of the rising-rate era.

In the longest rising mortgage rate era, 1998-2000, nominal house prices increased consistently with the economic recovery from the previous recession. In just over a year and a half, house prices increased 14 percent. House price appreciation is resistant to rising mortgage rates primarily because home sellers would rather withdraw from the market than sell at lower prices – a phenomenon we refer to as “downside sticky.” 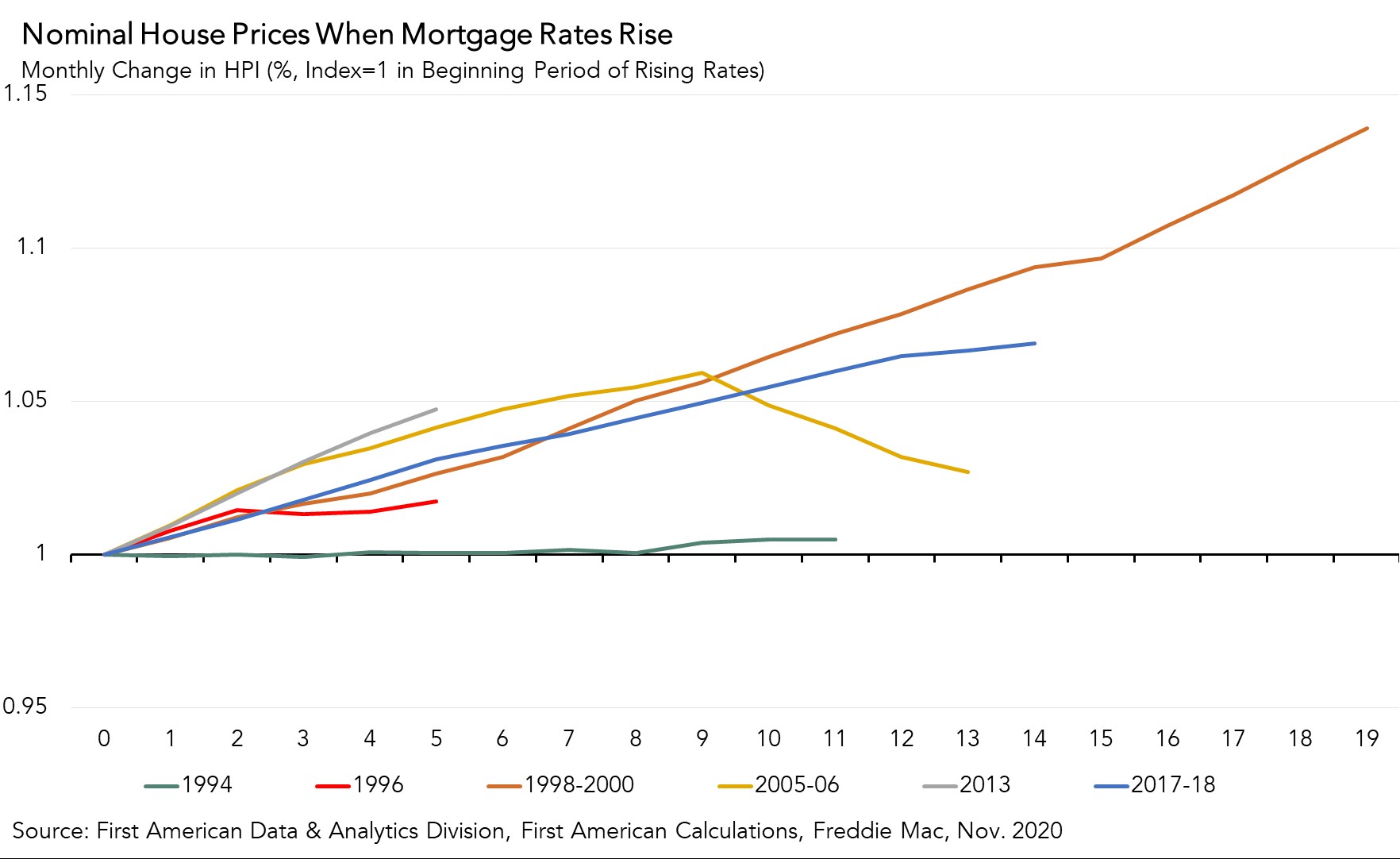 The lesson? Context matters and prices are “downside sticky.” The housing market is complex and dynamic, and it responds to a variety of demographic, economic and monetary conditions. Rising interest rates reduce house-buying power and affordability, but are often a sign of a strong economy, which increases home buyer demand. By any historic standard, today’s mortgage rates remain historically low and will continue to boost house-buying power and keep purchase demand robust. At the same time, millennials aging into their prime home-buying years and a limited supply of homes for sale make for a housing market that is well positioned for rising rates. Economic and demographic context matters and, even if rising rates persist in 2021, the context is good for the housing market.

The RHPI is updated monthly with new data. Look for the next edition of the RHPI the week of February 22, 2021. 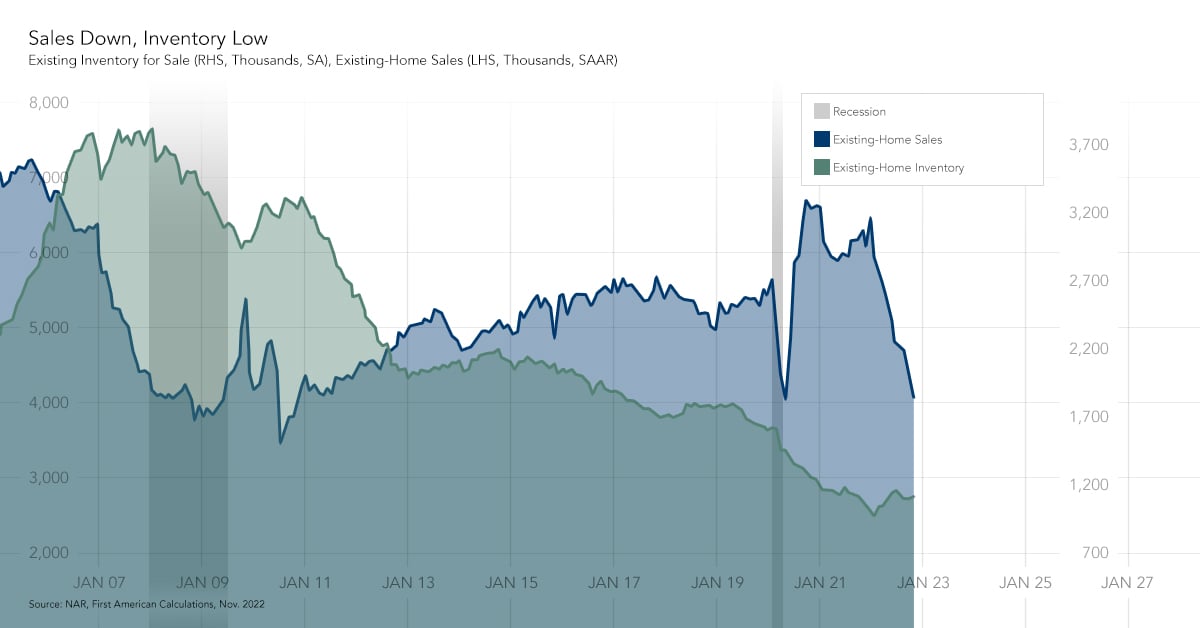 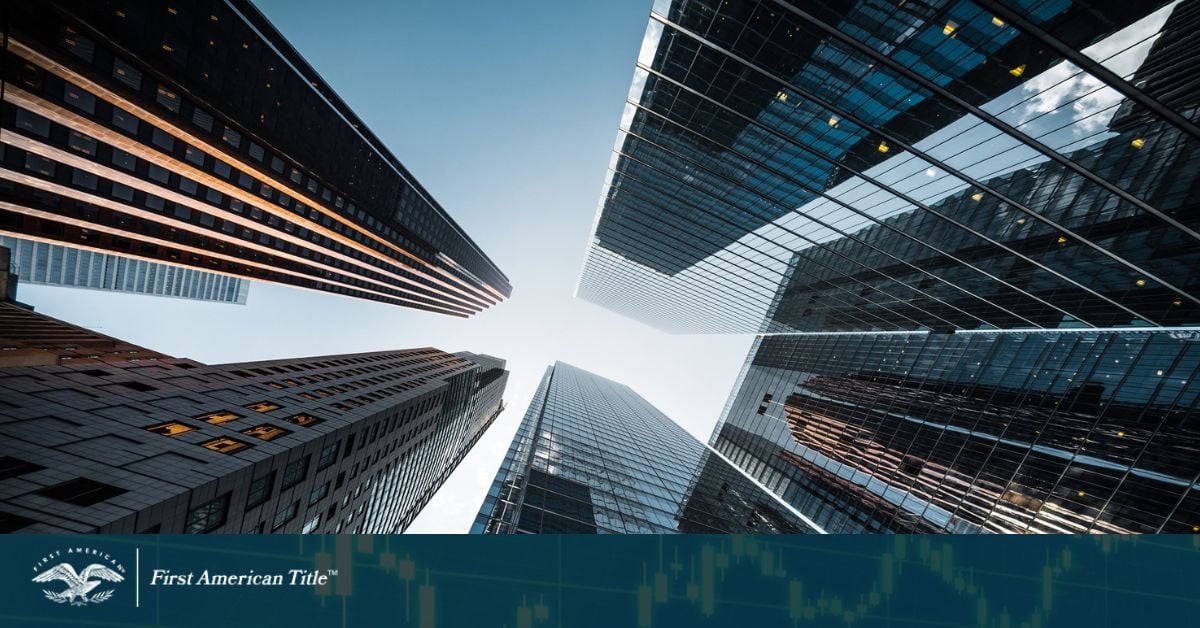