Where are House Prices Moderating the Most?

In June 2022, the Real House Price Index (RHPI) jumped up by 53.3 percent on an annual basis, setting a new record for the fifth month in a row for the fastest year-over-year growth in the more than 30-year history of the series. This rapid annual decline in affordability was driven by an 18.5 percent annual increase in nominal house prices and a 2.5 percentage point increase in the 30-year, fixed mortgage rate compared with one year ago. Even though household income increased an impressive 4.7 percent since June 2021, it was not enough to offset the affordability loss from higher mortgage rates and fast-rising nominal prices.

“There remains a structural and long-term national supply shortage in the housing market, but in some cities the pullback in demand is strong and inventory is rising faster, resulting in a greater moderation of house price growth.”

As affordability wanes, would-be buyers are pulling back from the market, reducing competition for homes and prompting annual house price appreciation to moderate. Nationally, annual house price growth peaked in March at nearly 21 percent, but has since decelerated slightly to a still-robust 18.5 percent in June. However, the modest price deceleration is not a national phenomenon. While house price growth has slowed in all top 50 markets we track, the pace of moderation varies significantly by market.

The record-breaking house price appreciation nationwide and across markets in 2021 and early 2022 was due to a supply and demand imbalance – too much demand, too little supply. There remains a structural and long-term national supply shortage in the housing market, but in some cities the pullback in demand is strong and inventory is rising faster, resulting in a greater moderation of house price growth. 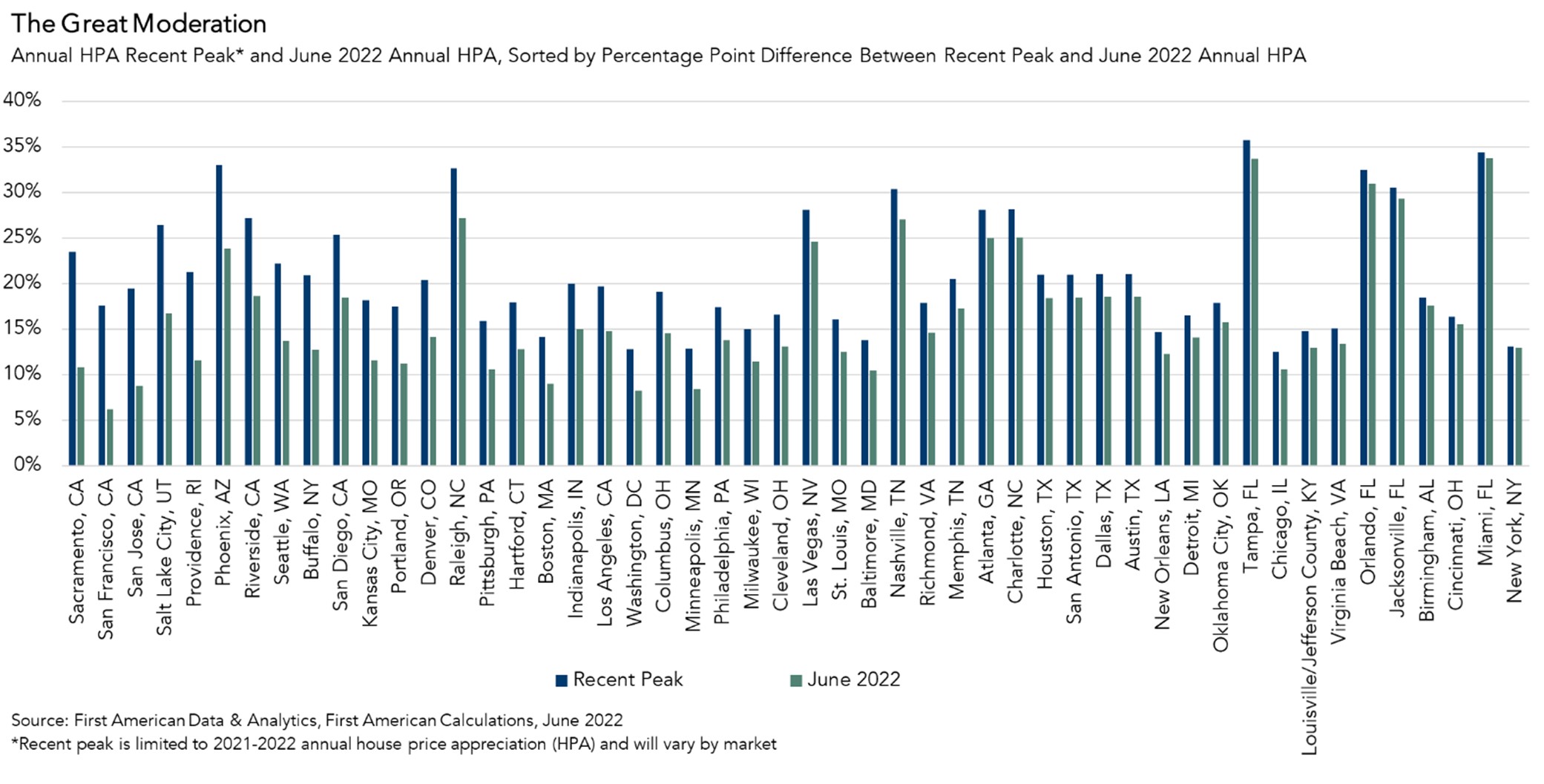 For more analysis of affordability, please visit the Real House Price Index. The RHPI is updated monthly with new data. Look for the next edition of the RHPI the week of September 26, 2022.