The Five Cities Where Affordability Improved the Most and Why

“The intricate dance between house-buying power and nominal house price appreciation determines the direction and pace of affordability trends.”

Only nominal house price appreciation, which began to pick up the pace in April, dampened affordability. Declining mortgage rates have encouraged demand by increasing house-buying power, however, when demand increases for a scarce (limited or low supply) good, prices will rise faster. In April, the rate of year-over-year nominal house price appreciation increased to 5.9 percent, compared with 5.8 percent in March.

Despite the increasing rate of nominal house price appreciation, which makes homes less affordable, the consumer house-buying power gains were strong enough to win the affordability tug-of-war. Indeed, the RHPI, which adjusts nominal house prices based on changes in income and interest rates, decreased 0.72 percent compared with one year ago. The last time real house prices declined was in October 2016.

The Five Cities Where Affordability Increased the Most

Breaking Down the Affordability Dynamic

For the full analysis of affordability, please visit the Real House Price Index. The RHPI is updated monthly with new data. Look for the next edition of the RHPI the week of July 29, 2019. 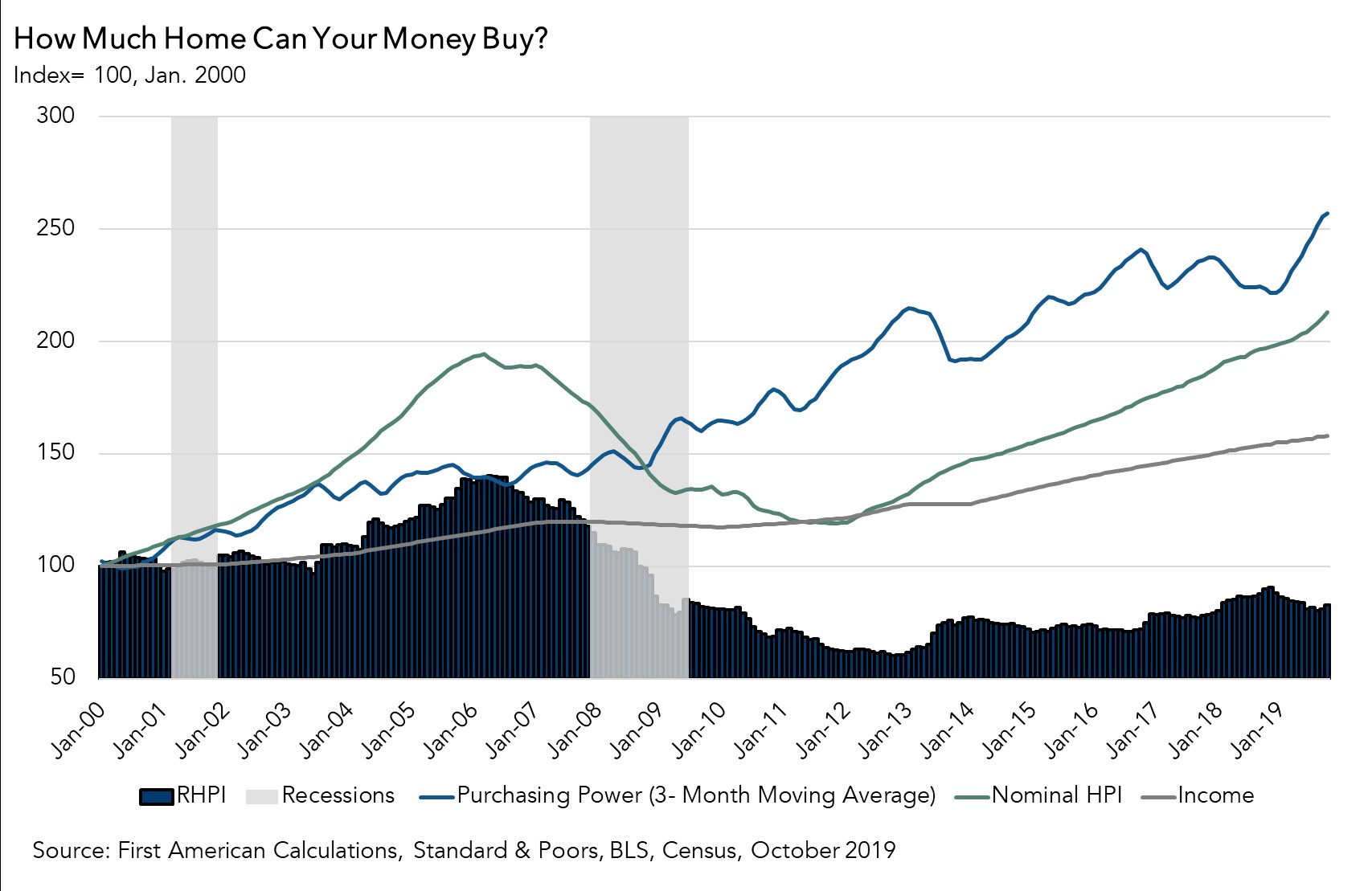