The Five Cities Where Affordability Declined the Most

“Faster nominal house price appreciation can erode, or even eliminate, the boost in affordability from lower mortgage rates, especially if household income growth doesn’t keep up.”

The Five Cities Where Affordability Declined the Most 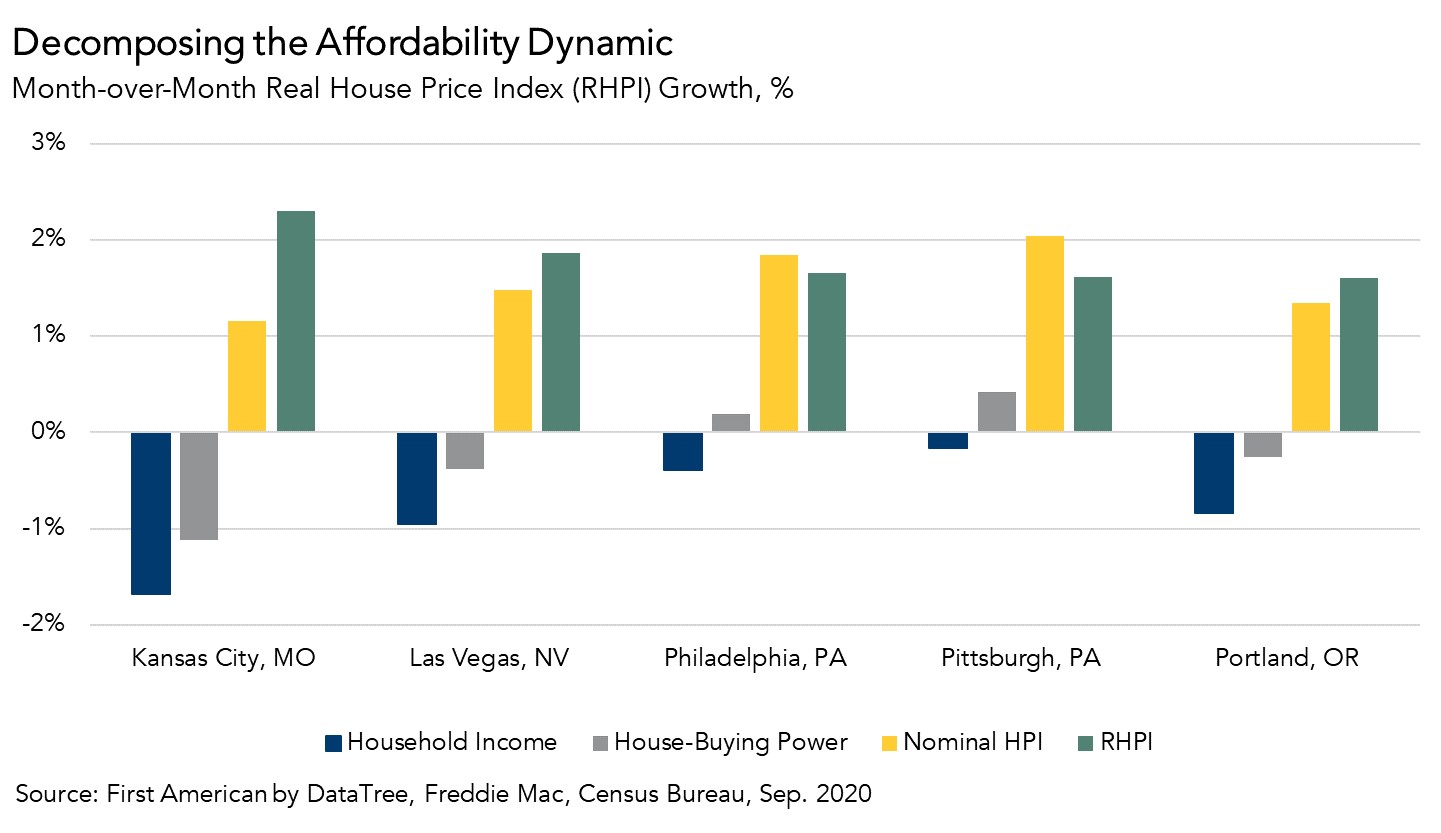 In September, Kansas City, Mo. had the greatest month-over-month decrease in affordability, mostly due to of the 1.7 percent monthly decline in household income, the largest household income decline relative to the other four markets. Las Vegas and Philadelphia both had faster nominal house price appreciation than Kansas City, but their household incomes did not decline by nearly as much.

What Will Drive Housing Affordability in 2021?

The good news is that on a year-over-year basis affordability declined in only 13 of the top 50 markets, and housing remains 5 percent more affordable nationally than a year ago. However, the list of markets with declining affordability on an annual and monthly basis has swelled in recent months. The growing number of markets where affordability is declining demonstrates the dynamic we expected to see – the strong growth in house-buying power in 2020 has boosted demand in a historically supply-constrained market, putting tremendous upward pressure on nominal house price appreciation. 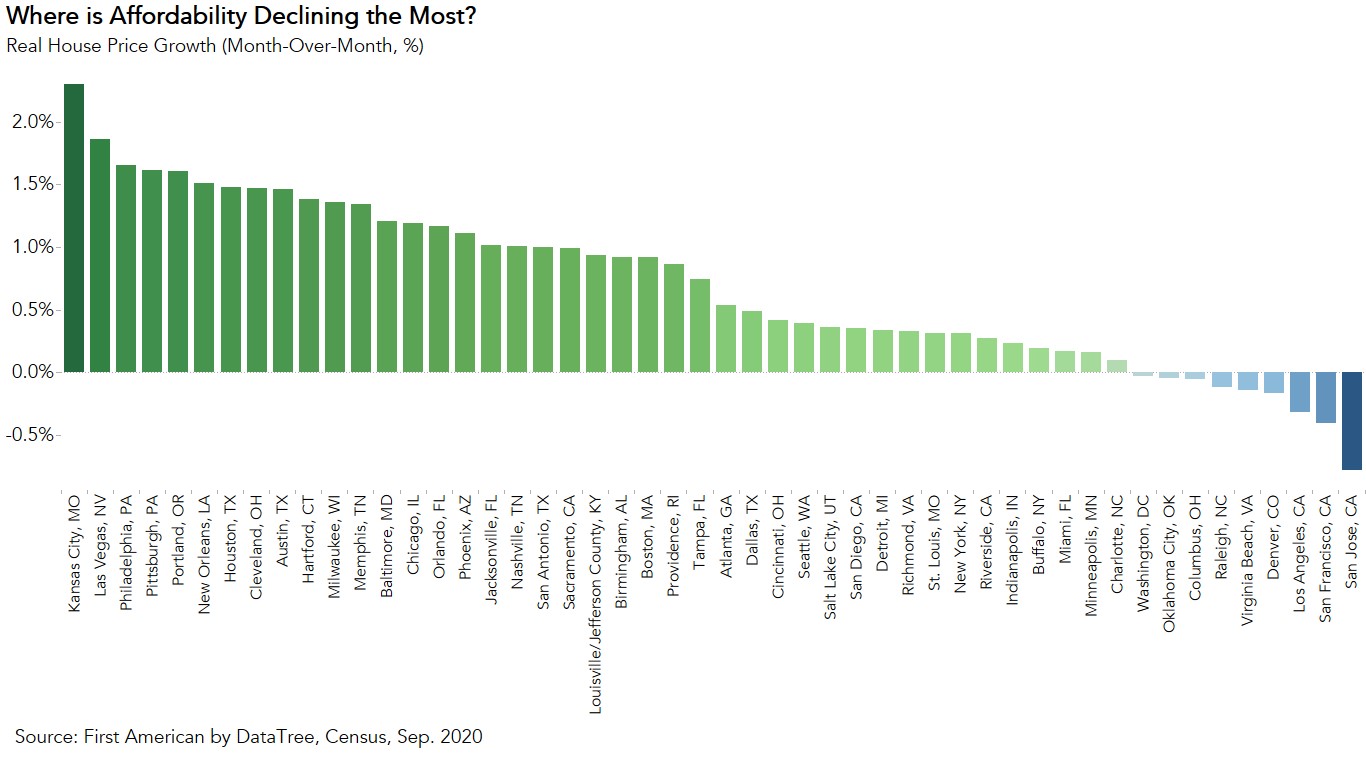 The RHPI is updated monthly with new data. Look for the next edition of the RHPI the week of December 28, 2020.

The next release of the First American Real House Price Index will take place the week of December 28, 2020.