The Dynamic Forces that Re-Shaped Housing Affordability in 2019

“You buy what you can afford to pay per month.”

In 2019, falling mortgage rates helped create a housing market that behaved very different than the housing market in the second half of 2018. Mortgage rates began their descent in December 2018 and have continued to fall through August, significantly influencing affordability. According to our RHPI, the 0.85 percentage point drop in mortgage rates from January 2019 through August 2019 increased affordability by 9.7 percent. That translates to a $40,200 improvement in house-buying power in just eight months.

As rates have fallen in 2019, the economy has continued to perform well also, resulting in a tight labor market and wage growth. Wage growth pushes household incomes upward, which were 1.5 percent higher in August compared with January. The growth in household income increased consumer house-buying power by 1.5 percent, pushing house-buying power up an additional $5,600.

During this same time, nominal house prices increased by 5.7 percent, reducing affordability. In January 2019, a family with the median household income in the U.S. could afford to buy a $373,900 house. By August, that home had appreciated to $395,000, an increase of $21,100. But, house-buying power increased by $45,800 over the same eight-month time period. The improvement in house-buying power was more than double the $21,100 increase in house prices. This year, through August, home buyers’ purchasing power has far outpaced the appreciation of the homes they are buying, so home buyers were in a better position in August, despite the increase in nominal house prices. 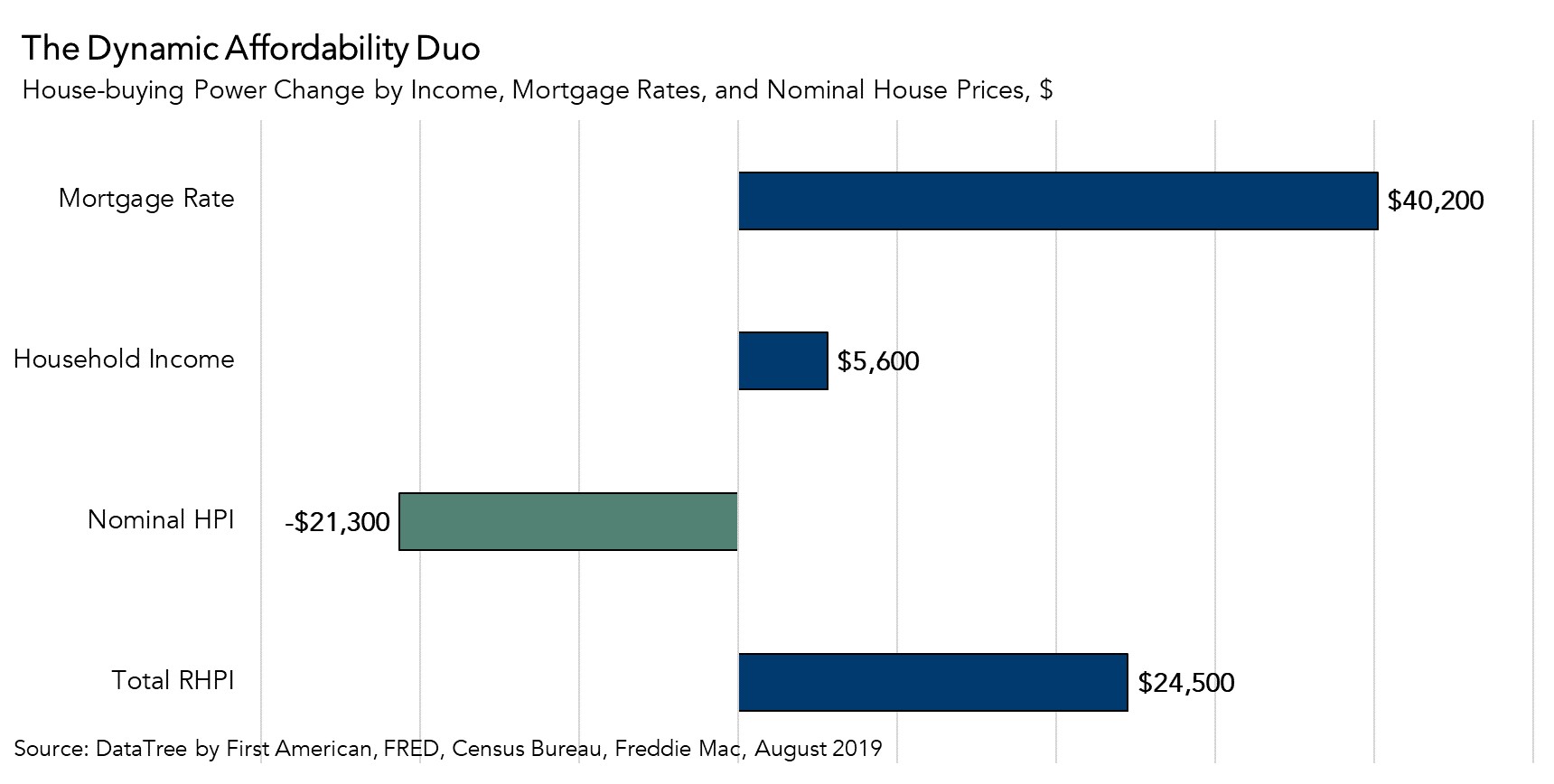 The Future of Affordability

In 2019, the dynamic duo of lower mortgage rates and rising incomes overcame the negative impact of rising house price appreciation on affordability. Indeed, affordability reached its highest point since January 2018. Focusing on nominal house price changes alone as an indication of changing affordability, or even the relationship between nominal house price growth and income growth, overlooks what matters more to potential buyers – surging house-buying power driven by the dynamic duo of mortgage rates and income growth. And, we all know from experience, you buy what you can afford to pay per month.

For more analysis of affordability,  please visit the Real House Price Index.The RHPI is updated monthly with new data. Look for the next edition of the RHPI the week of November 25, 2019.