How Did Affordability Change During the Spring Home-Buying Season?

School bells ringing don’t just mark the beginning of a new school year, but for those in housing, they also signal the end of the typical home-buying season, which begins in March. As the school year begins, the housing market is finishing the spring home-buying season with strong marks for affordability. Indeed, two of the three key drivers of the Real House Price Index (RHPI), household income and mortgage rates, continued to trend toward increased affordability in July. The 30-year, fixed-rate mortgage fell by 0.8 percentage points and household income increased 2.4 percent compared with July 2018. When household income rises and mortgage rates decline, consumer house-buying power increases.

The home-buying season begins in the spring and then continues into the mid-summer months. Family vacations and preparation for the new school year typically bring the home-buying season to a close. In fact, according to data from DataTree by First American, 57 percent of all housing transactions annually occurred between March and August in 2018.

Cumulatively, overall consumer house-buying power increased by $25,500 in July compared with the beginning of the spring home-buying season in March. Once again, the growth in purchasing power was more than enough to offset the 3.8 percent gain in nominal house prices over the same time. So, nationally, affordability did spring forward during the 2019 home-buying season.

Affordability Improved Across All Cities in the RHPI

The surge in affordability offered home buyers a window of opportunity during the spring home-buying season. However, increased affordability results in more demand for homes, which puts upward pressure on nominal house prices. In fact, on a month-over-month basis, 25 of the 44 markets we track experienced declining affordability in July compared to June, indicating that the housing market is adjusting to the added demand. In a housing market with limited supply, a surge in demand from home buyers trying to take advantage of rising house-buying power can drive faster price appreciation, making further affordability gains more difficult.

The RHPI is updated monthly with new data. Look for the next edition of the RHPI the week of October 28, 2019. 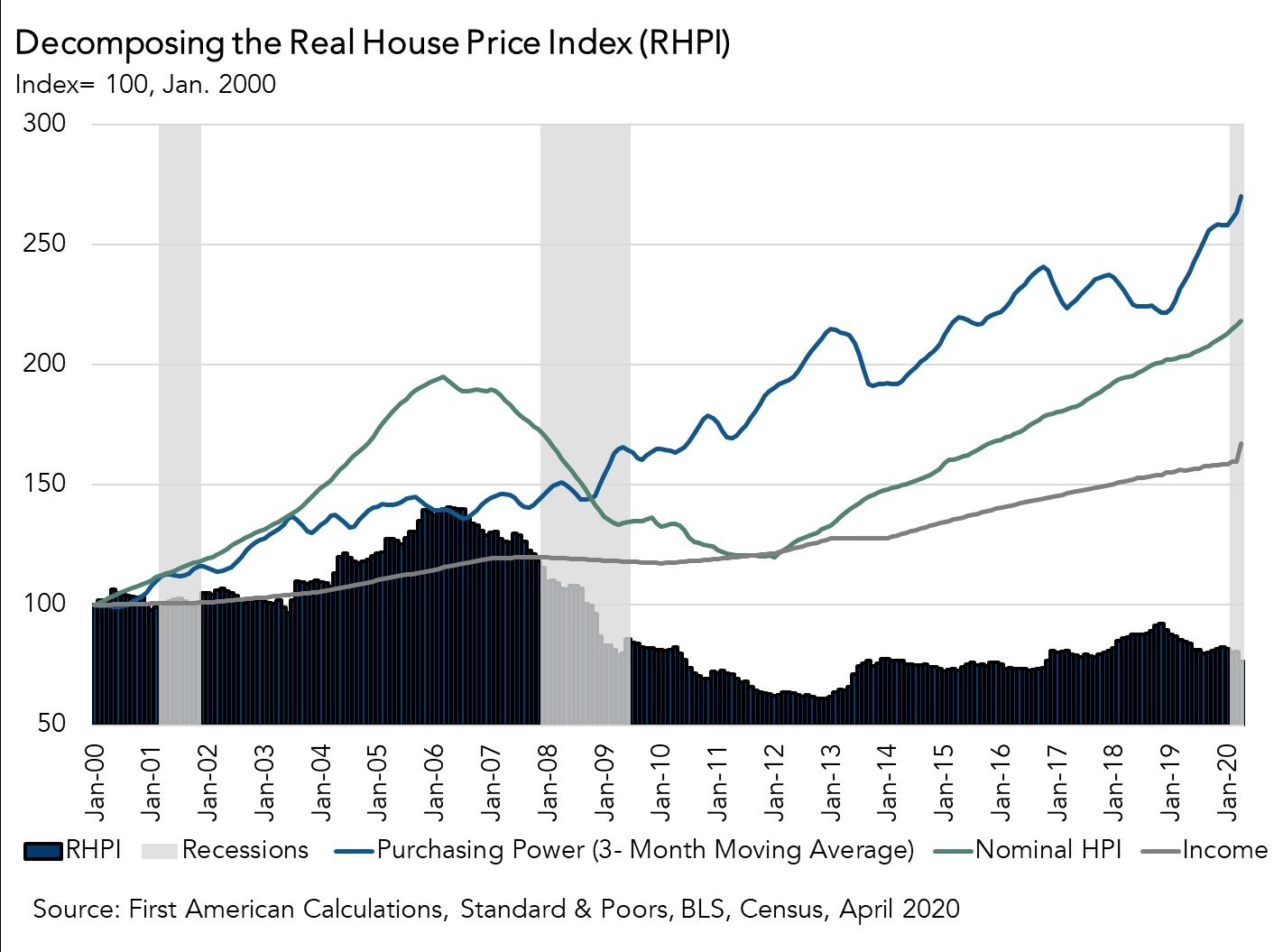 Will Low Mortgage Rates Prevent Decline In Affordability This Summer?

How Mortgage Rates Have Fueled Housing Market Potential Amid The Pandemic