In July, housing affordability continued its decline as year-over-year nominal house price appreciation reached a record 20 percent, vastly outpacing the increase in house-buying power compared with a year ago. The Real House Price Index (RHPI) measures affordability in the context of changes in consumer house-buying power, incorporating changes in household income, mortgage rates and nominal house prices. House-buying power, how much one can buy based on changes in income and interest rates, increased by 3.8 percent in July compared with one year ago, propelled by lower mortgage rates and higher household income.

“The severe supply-demand imbalance in the housing market continues to fuel record-breaking house price appreciation across the country, yet lower mortgage rates and higher incomes mean homes are more affordable today than at their prior peaks in every market we track.”

According to the Real House Price Index, housing in Chicago was least affordable in July 2006, when mortgage rates were approximately 6.7 percent. Since then, mortgage rates have declined to an average of 2.9 percent in July of this year. At the same time, household income in Chicago has increased by approximately 50 percent. The decline in mortgage rates and steady rise in household income resulted in a 135 percent increase in house-buying power, which was more than enough to offset the 2.6 percent increase in nominal house price growth. As a result, homes in Chicago are 56 percent more affordable today than they were in July 2006.

On average, the markets we track in the RHPI are more than 40 percent more affordable today than at their respective prior peaks. The severe supply-demand imbalance in the housing market continues to fuel record-breaking house price appreciation across the country, yet lower mortgage rates and higher incomes mean homes are more affordable today than at their prior peaks in every market we track. 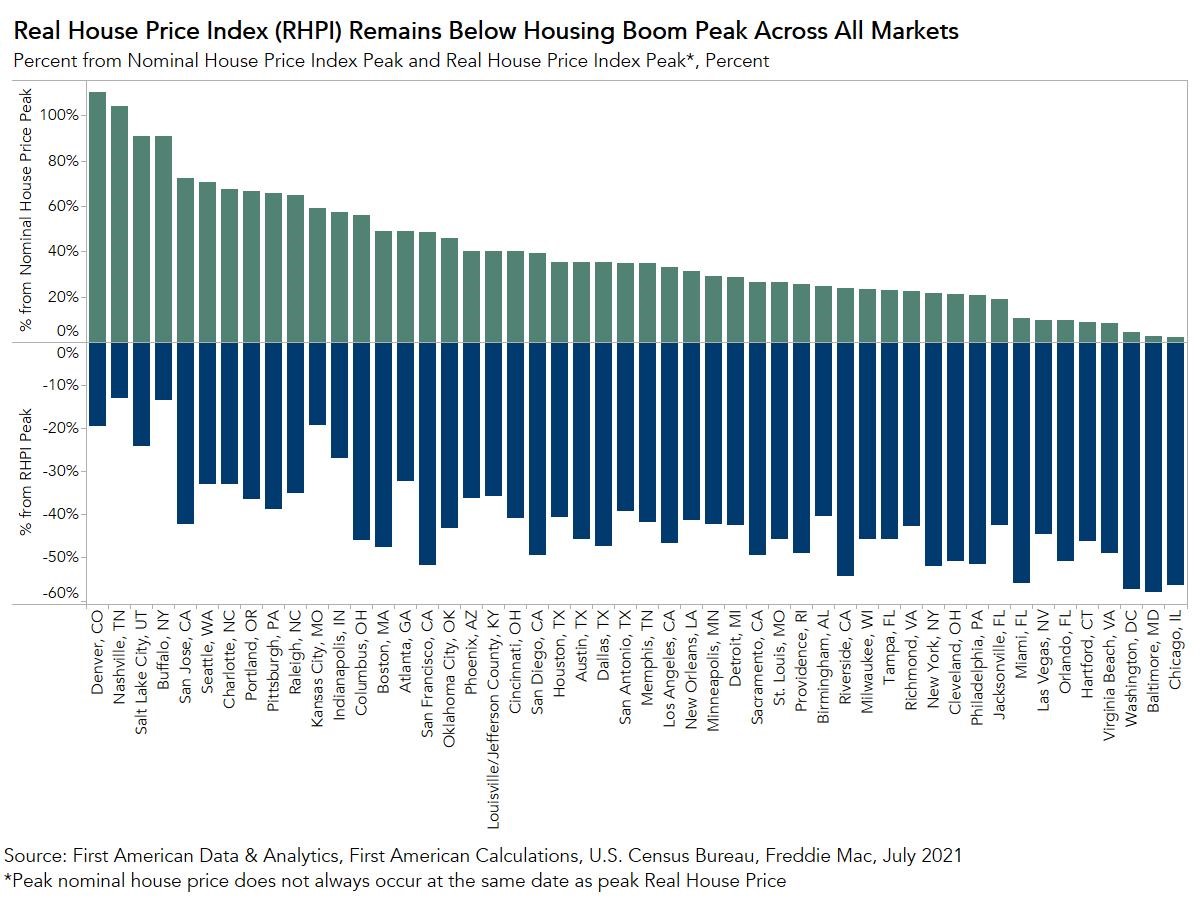 What Goes Up, May Continue to Go Up

For more analysis of affordability, please visit the Real House Price Index. The RHPI is updated monthly with new data. Look for the next edition of the RHPI the week of October 25, 2021.