"In the current market, sellers are worried about buying. Therefore, they likely won't be selling either."

This month, the seasonally adjusted, annualized rate of potential existing-home sales is 5.8 million. This represents a 90.9 percent increase from the market potential low point reached in December 2008*, but is down 615,000 (SAAR) or 9.7 percent from the pre-recession peak of market potential, which occurred in July 2005. 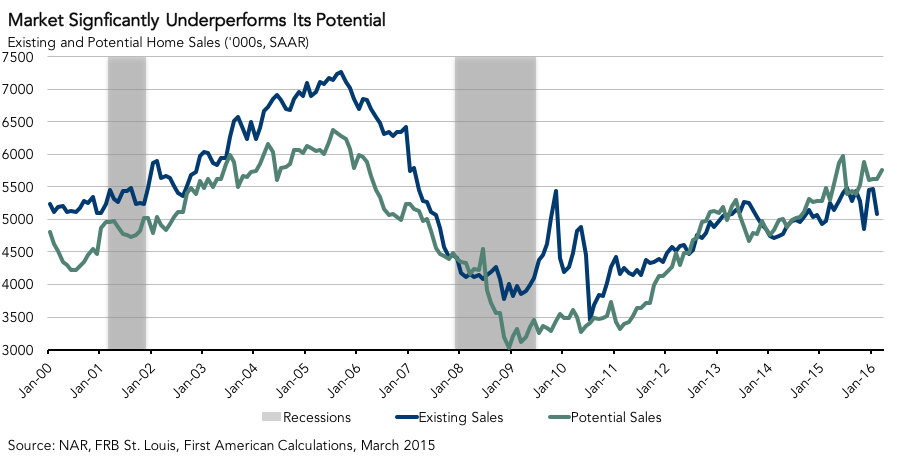 Existing-home sales dropped sharply in February, with a reported level of 5.08 million (SAAR), down from 5.47 million sales in January. While sales are up 2.2 percent from a year ago, the 7.5 percent month-over-month decline was unexpected. With the exception of the decline recorded in January 2007 at the start of the housing crisis, the decline from January to February was the largest first quarter month-over-month decline since 1991.

The decline can largely be attributed to blizzards along the East Coast keeping potential buyers indoors. The National Association of Realtors (NAR) Pending Home Sales Index , a leading indicator of existing-home sales, increased 3.5 percent in February, indicating that actual existing-home sales should rebound in March and April. Furthermore, February’s drop in sales might not be as sharp as reported. Data from local area MLS reports for markets in the Northeast, compiled and reported by Tom Lawler, suggests a much higher year-over-year growth rate than reported by the NAR and indicates that February’s existing-home sales number may be revised upwards in the March report.

One reason for the widening underperformance gap relative to market potential is the duality of the supply and demand decisions in the housing market. Excluding first-time homebuyers, which are a relatively small share of the overall market, most homebuyers are also home sellers. So, for most homebuyers, the decision to sell is dual to the decision to buy. Listing your home is most often dependent on whether you believe it’s a good time to buy. In the current market, sellers are worried about buying. Therefore, they likely won’t be selling either.

The duality of the sell and buy decisions results in falling confidence, low inventory and rising prices. Fannie Mae’s March Home Purchase Sentiment Index fell 2.5 percent from February and is down 1.5 percent year-over-year. In particular, the share of respondents that said it was a good time to sell declined 8 percent. More feel it is bad time to sell than a good time to buy for the first time in over a year.

Our own Real Estate Sentiment Index, based on a quarterly survey of title agents, declined 4.4 percent in the first quarter of this year, compared to the last quarter of 2015. Respondents expect transactional activity to slow in the coming year. NAR reported inventory of 4.4 months’ supply in February. While this is a 3.3 percent month-over-month increase, as expected in last month’s Potential Home Sales release entering the spring buying season, it’s a drop of 1.1 percent as compared to the same month a year ago. The seller, who would also be a buyer, is concerned about listing their home for sale when there is so little inventory for fear of not being able to find something to buy.

As a result, turnover, the number of home sales relative to the number of households, is down 4 percent and prices are up 5.5 percent year-over-year as what little inventory that is available is quickly purchased. Additionally, mortgage rates have bounced along a proverbial bottom, at or below 4 percent, for over a year and decreased confidence in the economic outlook are both contributing to a lack of urgency in the market. In fact, the recent Federal Reserve announcement of a slower than originally anticipated path for increasing rates only serves to increase those concerns.

Luckily, mortgage rates are trending even lower as investor demand for the 10-year Treasury bill due to continued global economic and geopolitical uncertainty has driven the yield further down. The persistent low-rate environment is a blessing in disguise for homebuyers as they are able to further leverage their income into continued strong and even increasing home-buying power. In a market with falling confidence, low inventory and rising prices, the positive impact of low mortgage rates on consumer buying power is a silver lining for existing homeowners and first-time homebuyers alike.

Next Potential Home Sales release: May 17, 2016 for April data

*Previous Potential Home Sales releases referred to November 2011 as the low point of sales. The model used to generate existing-home sales potential has been enhanced to more accurately reflect the dynamic relationships between sales, prices, interest rates and the user-cost of housing, resulting in a model that more accurately reflects past conditions. 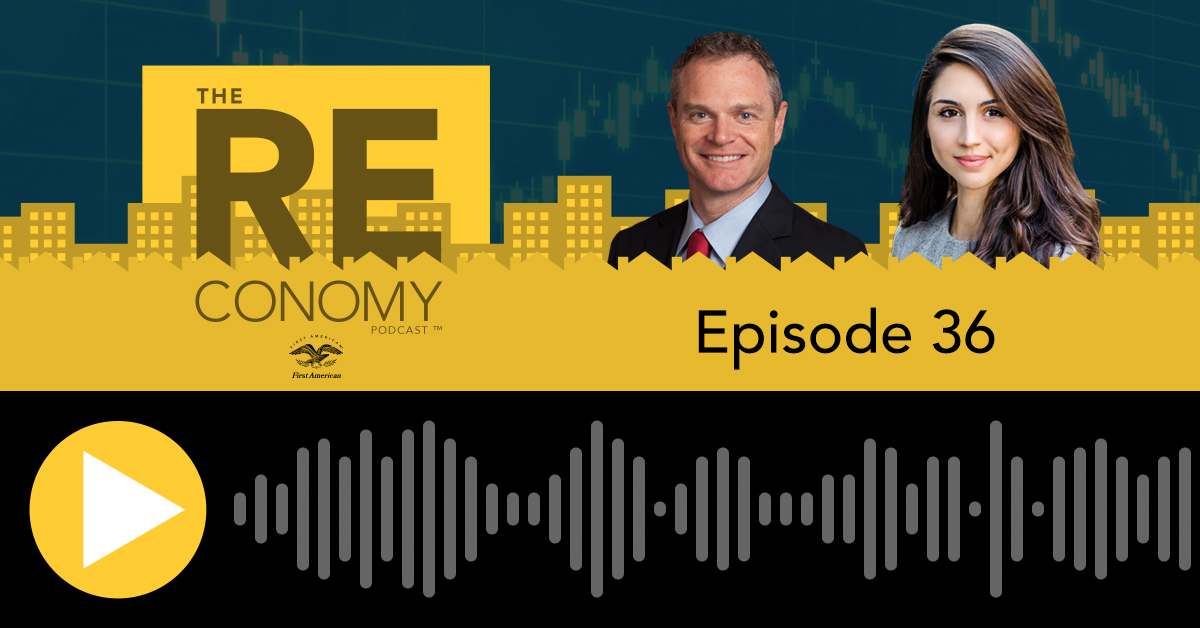