The REconomy Podcast™: Breaking Down the Recency Bias in Housing Market Data

Listen to the REconomy Podcast™ Episode 37:

“2019 was the last full pre-pandemic year. And our recency bias may have caused us to forget that it was one of the best years for the housing market in the preceding decade, due in large part to strong home buyer demand. That's one fundamental with the housing market that seems to have remained highly consistent for a number of years now. In 2019, the economy was growing, demographic demand was strong, rates were sitting at approximately 4%, and supply was constrained. Hmm. Other than rates. Does that sound familiar?” – Mark Fleming, chief economist at First American

Odeta Kushi - Hello, and welcome to episode 37 of the REconomy podcast, where we discuss economic issues that impact real estate, housing and affordability. I am Odeta Kushi, deputy chief economist at First American and here with me is Mark Fleming, chief economist at First American. Hey Mark, it's hard to keep in perspective the state of the housing market today after two years of unprecedented times, isn't it?

Odeta Kushi - Indeed. And for those who don't know, the definition of recency bias is just as you might expect, it's the tendency to place too much emphasis on experiences that are freshest in your memory, even if they're not the most reliable. And that's a great segue into today's topic. As we begin to emerge from the pandemic housing market - you can't see me but I am knocking on wood right now - year-over-year benchmarks provide a distorted comparison. Let's explain why. Mark, care to take a very short walk down memory lane?

Mark Fleming - Of course, and as much as I don't want to relive 2020, I guess I'll do it. We're in the midst of the 2022 spring home-buying season right now. But think back to what that looked like in 2020. The typically hot spring home-buying season was frozen by the pandemic's impact and shelter-in-place orders. Existing-home sales unsurprisingly plummeted and so did new home sales, housing starts. Okay. Okay, I'm reminiscing enough here. You get the point. It was so unclear what was going to happen next.

Odeta Kushi - Those were certainly uncertain times. But then, as potential home buyers emerged from the stay-at-home orders, the housing market began to heat up. This burst of pent-up demand aligned with low mortgage rates - historically low, thanks to the Fed's response to the pandemic - pitted against a wall of very hesitant sellers and limited inventory, which was a perfect recipe for rapid house price growth. The ability to work from home only added to the demand as potential home buyers realized they had more geographic flexibility in their home search and they needed more space. The result was the most competitive housing market in recent history.

Mark Fleming - So the pandemic era has been one of the best two-year runs for the housing market in recent history. Lots of sales transactions, exceptionally strong house price appreciation, with amazingly low mortgage rates - can't stress that one enough - sustaining purchasing power and affordability.

Odeta Kushi - Yep. And now we're seeing sales moderate during this year's spring home-buying season, but the pace of sales remains strong and above pre-pandemic levels. So, is the sky falling? Or is this just a steady return to normal? And how would we measure that?

Mark Fleming - Chicken Little, Chicken Little! Well, shall we dare to compare this year, not to last year, and certainly not to 2020, but to the 2019 housing market, instead. 2019 was the last full pre-pandemic year. And our recency bias may have caused us to forget that it was one of the best years for the housing market in the preceding decade, due in large part to strong home buyer demand. That's one fundamental with the housing market that seems to have remained highly consistent for a number of years now. In 2019, the economy was growing, demographic demand was strong, rates were sitting at approximately 4%, and supply was constrained. Hmm. Other than rates. Does that sound familiar?

Odeta Kushi - Yes, indeed. Well, it seems like demand may be even stronger today than in 2019. Even though affordability today is 39% lower. Both new- and existing-home sales in February 2020 outperformed the 2019 average. That's pretty impressive.

Mark Fleming - The stronger home buyer demand today is even more impressive considering the dwindling supply. Builders are trying to keep up with demand. The number of new housing permits - a measure of new construction in the pipeline - is up 35%, over a third, compared with 2019. A shortage of lumber, labor and available land was already creating obstacles for builders in 2019. But those hits headwinds were exacerbated even more by the pandemic

Odeta Kushi - Ah yes, the three L's. Yes, supply shortages, skyrocketing lumber costs, chronic shortage of skilled workers are all headwinds to bringing more new homes to the market. Today, the backlogs of homes under construction has ballooned to approximately 1.6 million units, a 38% increase compared with 2019. Significantly more permits and more homes under construction bodes well for a surge in eventual new-home supply. And that's on top of the number of new-home completions today, which is not far above the 2019 average.

Mark Fleming - And builders are even feeling more confident. Yes, it's true that builder confidence has declined in recent months. It dipped in April for the fourth month in a row due to a lot of things you mentioned ,Odeta. Rising input costs, ongoing supply chain disruptions, and now, of course, declining affordability. But the Builder Sentiment Index in April was 77. A reading of over 50 indicates that more builders view sales conditions as good compared with those who view them as poor. So yes, well in the good territory at 77. That's down from a high of 83. Even stronger feelings of good sentiment in April of last year. So, is it really fair to say that builder sentiment is getting worse, or just less good? Apologies to all the English teachers listening. In February of 2020, just before the pandemic hit, that number was 74. And the 2019 average was 66. All measures of good sentiment, you get the point, it's easy to get caught up in the month-to-month declines and, again, fall prey to recency bias.

Odeta Kushi - As we've put it in the past, and for those of you who enjoy finance lingo, the housing market is simply less bullish, as opposed to actually bearish. And if you want to read more about the 2022 versus 2019 comparison, we recently published a blog post on our Econ Center entitled, "Why the 2022 Housing Market is Very 2019." You can find that blog at firstam.com/economics. In that post, we compare the 2022 spring housing market to the 2019 spring housing market. And we come to a similar conclusion, housing demand is even stronger today and supply is more constrained. But the comparison to 2019 helps us contextualize the recent decline in home sales. It's a return to a pre-pandemic normal. But, as we all know, it's not all rainbows and butterflies, buyers are being hit with the one-two punch of rapid home price increases and fast-rising mortgage rates in an environment of limited supply. This is putting some downward pressure on purchase demand, not to mention that inflation continues to soar and consumers are definitely feeling it at the grocery store, at the gas station, and in their monthly rent. So, while the housing market is very 2019 in many ways, inflation is new. And so is the aggressive fed tightening that's headed our way. So what does that mean for the 2022 housing market?

Mark Fleming - Yes, that is the one thing that is different. And in the spirit of comparison, Bill McBride at Calculated Risk has compared our current housing market to that of the 1978 to 1982 period.

Odeta Kushi - Are you just finding a reason to talk about your favorite decade the 80s?

Mark Fleming - Oooh, oooh, REO Speedwagon, the Police, Pink Floyd, top three in 1980. But I digress. That period really was more similar to today, house prices were on the rise, and so was inflation. In fact, according to the Fed's favorite measure of inflation, personal consumption expenditures or PCE, inflation hit double-digit year-over-year growth during that time. But, it was similar in another way too. Demographics were favorable for housing demand as, in this case, the baby boomers were moving into their prime home-buying age, just as millennials are doing now.

Odeta Kushi - Alright, so similar demand. But what about inventory?

Mark Fleming - Not a lot of great inventory data back that far, Odeta. But I suspect that the inventory shortage is worse today than it was then. It's so low, I can't believe that it would be any worse. But, as a response to rising inflation, former Chairman of the Federal Reserve Paul Volcker hiked interest rates, which caused, ultimately, mortgage rates to go up to 18% in 1981...18%.

Odeta Kushi - Here I am worrying about locking in a 5% rate. Alright, clearly mortgage rates are still lower today. Actually, mortgage rates of 5% are lower than the historical average of about 8%. So, again, context matters. But certainly the change in mortgage rates has been drastic over the last few months.

Mark Fleming - Absolutely. Back to Bill's work on this. He found that real house prices declined. That is nominal price growth was still positive, just less than the pace of inflation. As did housing starts and new home sales. It's likely that something similar will happen this time around. But, nominal prices will not fall because, as we always say, nominal prices are downside sticky.

Odeta Kushi - Right? A homeowner won't sell if she can't get a price as high as her neighbor who just sold. All right. Well, we've done a lot of comparison in this episode, but here is the point. It's common and tempting to report year-over-year measures and certainly there's some value in that. But those growth rates may imply a drastic decline. Instead, if we overcome recency bias and dare to compare to a different time, it looks as if housing is just becoming less bullish than in the exceptional pandemic era. All right. Well, that's it for this episode. Thank you for joining us on this episode of the REconomy podcast. If you have an economics-related question you'd like us to feature in a future episode, you can email us at economics@firstam.com. We love to hear from our listeners. And if you can't wait for the next episode, you can follow us on Twitter. It's @OdetaKushi for me and @MFlemingEcon for Mark. Until next time.

We hope you enjoyed this episode of the REconomy podcast from First American. For even more economic content, visit firstam.com/economics. This episode is copyright 2022 by First American Financial Corporation. All rights reserved. 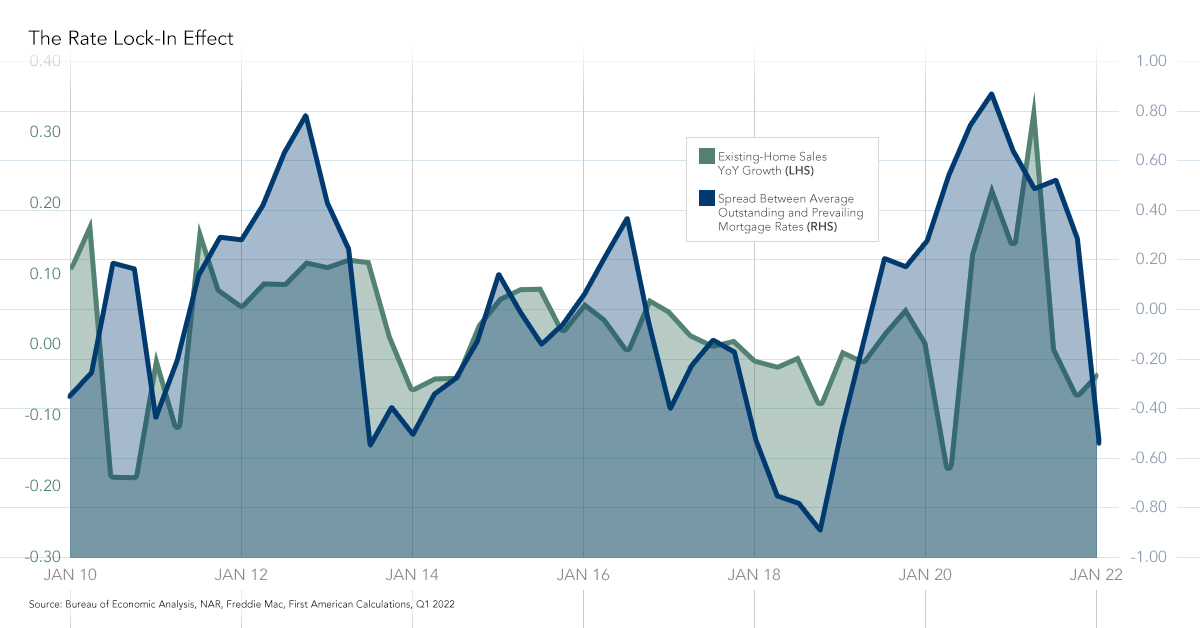 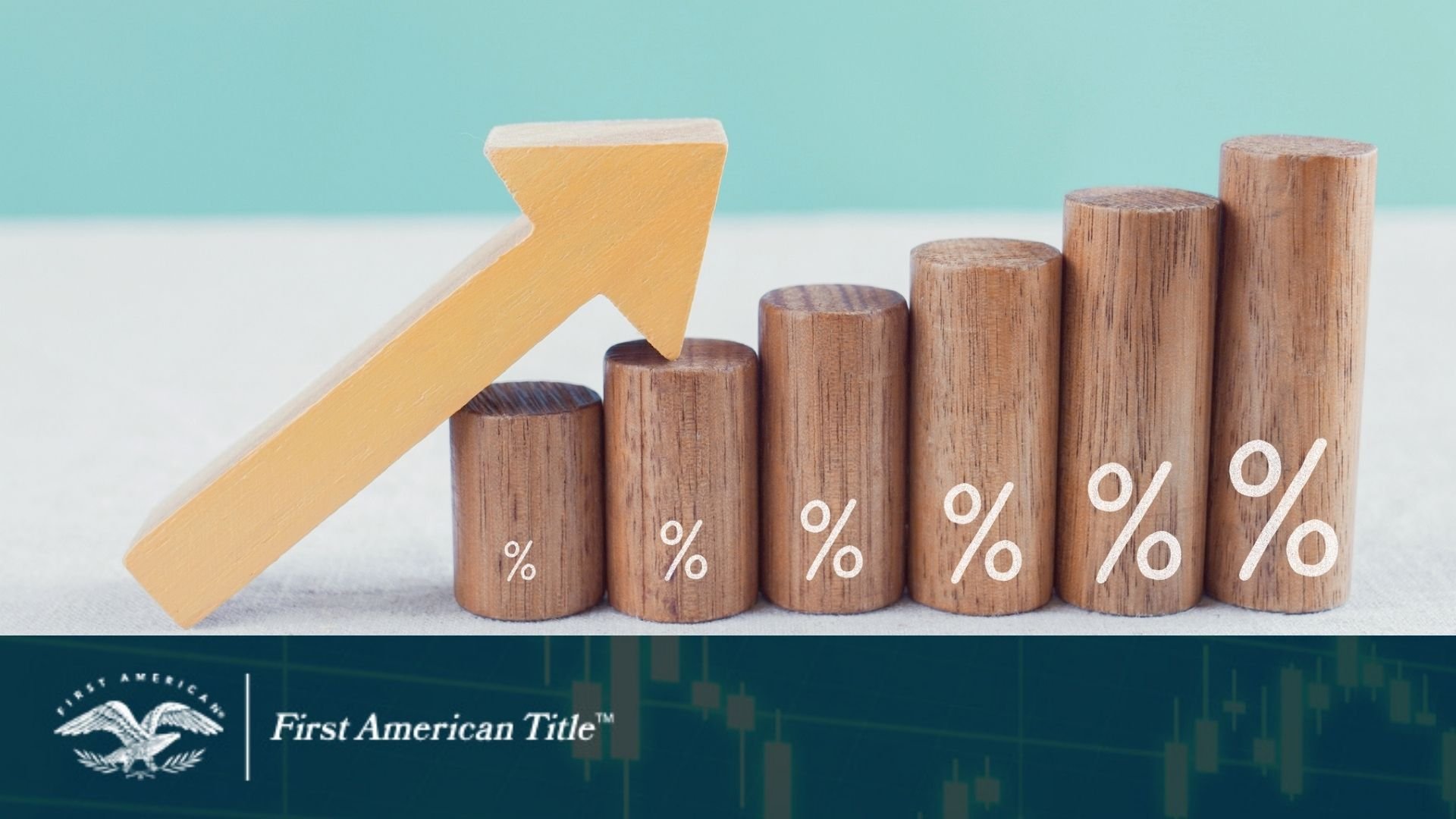