REconomy Podcast: What Will the End of the Foreclosure Moratorium Mean for the Housing Market?

In this episode of the REconomy podcast from First American, Chief Economist Mark Fleming and Deputy Chief Economist Odeta Kushi explain why the end of the foreclosure moratorium later this month is unlikely to trigger a tsunami of foreclosures.

Listen to the REconomy Podcast Episode 16

“The foreclosure and eviction moratoriums are set to expire at the end of July as of this conversation, and the reason renters have been disproportionately hurt compared with homeowners during this COVID crisis is because this was a service sector-driven recession, hurting younger, lower-wage renters. The end of the foreclosure moratorium is not likely to cause a foreclosure tsunami because if distressed homeowners are required to resolve delinquency, given their equity buffers, involuntary sales are much more likely than foreclosures.” – Odeta Kushi, deputy chief economist at First American

Odeta: Absolutely. And in today's episode, we'll focus on what the end of the moratorium means for the likelihood of a foreclosure tsunami. So, we're not going to get into the policy details of the ban on eviction and foreclosure moratoriums. But, if you are interested, there's a lot of information out there. I really want to get into the economics of it all. I recently read that the Center for Budget and Policy Priorities estimates that there's more than 10 million renters that are behind on their payments. That was a figure as of late May, while there were only about 2 million homeowners that were in forbearance plans as of the most recent MBA report, reflecting the end of June. So, that's a pretty big difference between renter and owner distress. What's going on there?

Mark: That's right, especially when you consider the fact that roughly two-thirds of all American households are homeowners on only one-third are renters, yet the numbers that you just mentioned, suggest that five times as many renters than homeowners are having issues because of the pandemic with making either their mortgage or rent payments. So a very, very big difference there. And that really comes from the fact of who is at risk of being unemployed. This is not new. This is not pandemic related. But, the data that we look at in terms of unemployment rates when we break out unemployment for those who are renting versus homeowners shows some stark differences, and renters always tend to have a higher likelihood of being unemployed. In fact, since 2000, the gap between the unemployment rate between renters and homeowners on average is about 4.4 percentage points. That's significant when the overall unemployment rates are 5% or 6%. And that gap actually widened after the global financial crisis to about 6%. So, homeowners always tend to have less risk of unemployment than renters do. So, is that some miracle of homeownership that protects you from being unemployed?

Odeta: Yeah, that would be news to me, but I don't think that's it.

Mark: No, of course not. There's no magic in being a homeowner. But, being a homeowner is correlated highly with being older, being more educated and having higher income. And those are exactly the same kinds of things that prevent you from being unemployed or give you less likelihood of being unemployed in time of economic distress. Add to that the fact that, obviously, this time around the pandemic is particularly difficult for renters because of the types of industries that were the hardest hit. So, we get these big gaps and likely bigger gaps when we get the data in another few months for 2020. That gap, I think, is going to be even larger than what we saw before.

Odeta: I think you're absolutely right. And to your point, you know, leisure, hospitality, those kinds of industries were hurt the most during this economic decline, and so surely it must have exacerbated the divide between renter and owner unemployment rates. We actually do see this in higher frequency Census pulse survey data over the course of the pandemic. The owner-renter unemployment rate gap peaked at just over 7% in May of last year but has since come down as the labor market has started to improve. So, needless to say, this pandemic recession disproportionately hurt renters, but that does not mean that homeowners were left unscathed. At the peak in June of 2020, approximately 4.3 million homeowners were in forbearance plans. As we mentioned before, this number has come down to about 2 million and will likely continue to fall as the labor market continues to improve. But there are still some concerns about the expiration of emergency protections and whether it will unleash a flood of foreclosures, similar to what happened during the Great Recession. And so, to answer this question, we did what we do best, we tried to answer the question empirically.

Mark: But, before we get to the empirical analysis, we have to address the fact that, you know, is there a risk of a foreclosure tsunami and the implicit statement there, ‘like the one we saw after the global financial crisis,’ However, this time it's different. So, now everybody is going to ignore me when I say that, but this time really is different. And we really have to understand the dynamics of how one ends up in the unfortunate position of foreclosure. And it's a two-part process, what we call the dual-trigger process. One, first and foremost, has to have some sort of an event that causes someone to have an inability to make their mortgage payment. Events like death, serious illness, divorce, loss of job through unemployment. These are the traditional things that cause someone to become seriously delinquent. And, of course, during the pandemic, the reason people were signing up for forbearance programs was either they were unemployed, or they thought there was a risk of becoming unemployed. So signing up for the forbearance program was really about the fear of the inability to make your mortgage payment. That's trigger number one, but it’s not sufficient for foreclosure.

Trigger number two is having equity or shall we say, lack of equity, because if you become seriously delinquent, and you have equity in your home, then we sit down, we talk to the servicer and you go and sell the house, maybe an involuntary sale, but you sell the house because I'd rather take my equity with me, then give it to the bank. And so that idea of having equity prevents that serious delinquency from turning into a foreclosure. Now, house prices went down in the global financial crisis. And so you had greater risk of negative equity with rising serious delinquency because of unemployment in the economic recession. These dual triggers came together, and we got the foreclosure tsunami. So why is it different this time? Well, homeowners are sitting on the greatest amounts of equity ever. Hardly anyone is in a negative equity position. And oh, by the way, earlier this week, we just found out that house prices were appreciating on a year-over-year basis at the highest level historically recorded. So today, dual trigger number one, distress or the inability to pay is clearly an issue, but not trigger number two. I don't see it.

Odeta: Yeah, there is a significant equity buffer. And, obviously, all real estate is local. But what we're seeing is, again, homeowners today have that significant equity buffer. After that fantastic explanation, let's get into the model and the numbers because let's just say that a homeowner is seriously delinquent. And in this case, we're defining that as a borrower that has not made a payment on their mortgage in the last 90 days. Not every serious delinquency will go into foreclosure because of the reason you just mentioned. So we decided to study the share of homeowners that transition from that serious delinquency to foreclosure using the transition rate. The transition rate is just the ratio of foreclosure initiations in one quarter, relative to the number of seriously delinquent mortgages in the preceding quarter. And, just to provide a little bit more context, the share of homeowners who transition from serious delinquency to foreclosure was about 22% from the end of the Great Recession until the end of 2019. Now, in the third quarter of 2020, that transition rate fell to less than 1%. And that was really due to the emergency protections. As Mark mentioned, our theory is that borrowers who have little to no equity are more likely to transition from serious delinquency to foreclosure. However, positive house price appreciation, as we've seen, increases home equity and helps prevent foreclosure. And indeed, our analysis shows that in the post-Great Recession period, a one percentage point increase in annual house price appreciation results in a more than 3 percentage point decline in the transition rate, or 6,700 fewer foreclosures, when all other factors remain unchanged. A lot of numbers there, but the general gist is equity prevents foreclosure.

Mark: Yeah. So, our empirical analysis proved our theory, although I kind of laugh at using the term theory to explain that borrowers have who have lots of equity are less likely to transition from serious delinquency to foreclosure. That would be crazy. No, let's use the economics terms. It would be irrational for that seriously delinquent homeowner sitting on lots of lots of equity to say, yeah, you know, here bank, you have it instead. It just doesn't make any sense. And you know, this is important because, as we as we noted, we saw the big transition rates from serious delinquency to foreclosure after the Global Financial Crisis because house prices were declining at a pace of 11% in 2009 on a year-over-year basis, and so large amounts of negative equity were driving up all these foreclosures. If we simply flipped it around and said, hey, what if house prices were going up by 11%, instead of that 2009 decline of 11% rate? Well, that would reduce foreclosure starts by about a third or more, on just that one fact alone. And hey, guess what, house prices are going up even faster than 11%. And they've been going up pretty quickly for a number of years, to the tune of over a trillion dollars of home equity among all these homeowners. So, it's that equity condition that's going to make things different this time.

Odeta: Right. And to make this a little bit more forward looking, obviously, forecasting is a highly uncertain business. But with the severe supply-demand imbalance that we're seeing in the housing market, we can we expect house price appreciation to remain positive, which means more equity building in the market. And so again, with enough equity, a homeowner has the option of selling the home. Now I just want to mention one more thing, which is that this is involuntary selling and the idea that you might need to sell your home instead of foreclose is not an ideal solution. It's not necessarily what you want, but it is better than a foreclosure, as we've mentioned.

So, just to wrap up our conversation today, the foreclosure and eviction moratoriums are set to expire at the end of July as of this conversation, and the reason renters have been disproportionately hurt compared with homeowners during this COVID crisis is because this was a service sector-driven recession, hurting younger, lower-wage renters. The end of the foreclosure moratorium is not likely to cause a foreclosure tsunami because if distressed homeowners are required to resolve delinquency, given their equity buffers, involuntary sales are much more likely than foreclosures. Thank you for joining us on this episode of the REconomy podcast, be sure to subscribe on your favorite podcast platform. You can also sign up for our blog at blog.firstam.com/economics. And if you can't wait for the next episode, please follow us on Twitter. It's @odetakushi for me and @mflemmingecon for Mark. Until next time. 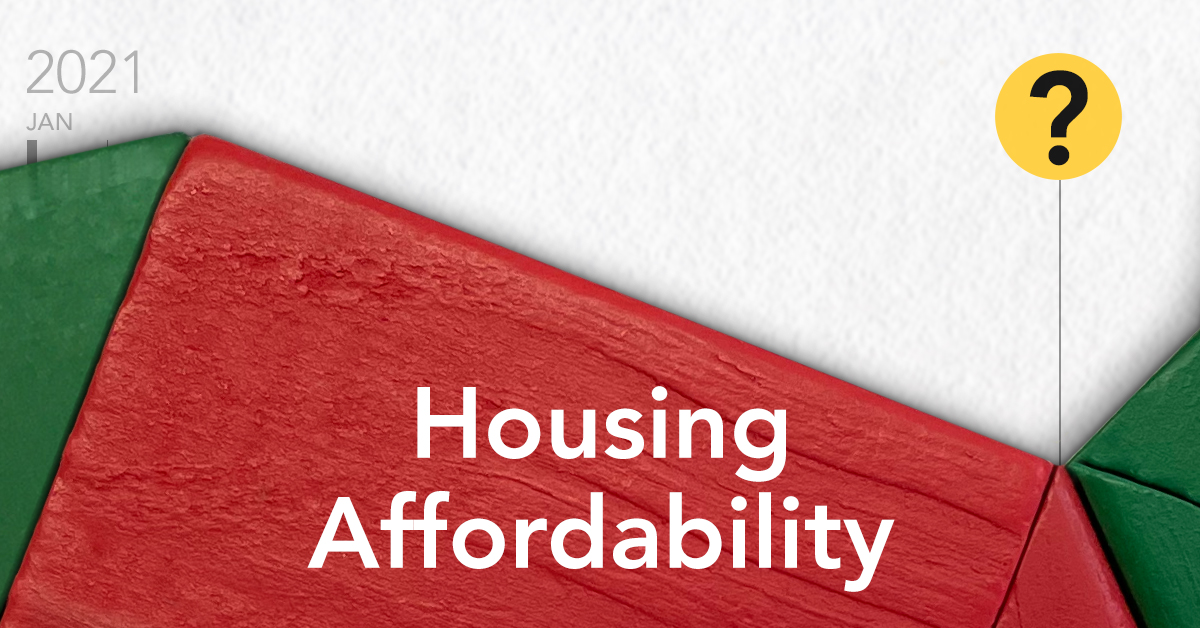 Is It A Good Time To Buy A Home?