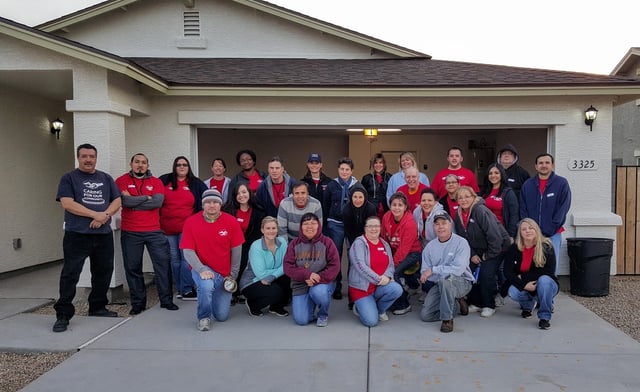 More than 30 First American employees took part in the Phoenix office’s annual Habitat for Humanity home build. This is the sixth build the Phoenix team has participated in, and this year, the team worked on four neighboring properties.

“One of the best parts of the Habitat for Humanity builds is working alongside staff members from other divisions whom we don’t usually get to see,” said First American human resources manager Michele Bolender. “I also love watching people go from being worried about learning how to shingle a roof or hang drywall to being confident builders by lunch.”