In this episode of the REconomy Podcast™ from First American, Chief Economist Mark Fleming and Deputy Chief Economist Odeta Kushi examine rising inflation in today’s economy and what it may mean for mortgage rates.

Listen to the REconomy Podcast™ Episode 24:

“What can mitigate the inflation risk? And the answer is in growth, productivity growth to be specific. What is it you ask? Well, productivity growth is typically measured as the growth in output per hour. And productivity growth has been pretty muted for the past two decades, but could be on the rise. U.S. corporations have record levels of cash on hand and in banks, and seem to be investing again, as shown by the fact that new orders for capital goods, excluding aircraft and military spending, reached their highest point on record in nominal terms in August.”
– Odeta Kushi, deputy chief economist at First American

Odeta Kushi - Hello, and welcome back to another episode of the REconomy podcast, where we discuss economic issues that impact real estate, housing and affordability. I'm Odeta Kushi, deputy chief economist at First American. And here with me is Mark Fleming, chief economist at First American. Hey, Mark, I think on today's podcast, we have to address the economic elephant in the room. And by room, I mean, the world. Do you have any idea which elephant I'm referring to? Hi, Odeta. Well, of course, we all know which economic elephant you're talking about the global elephant of inflation. Correct. And in today's conversation, we will discuss one factor that may turn that elephant into a mouse. And that's my last animal metaphor, I promise. But before we dive into that key factor, I think it would be r-elephant to first talk about what's happening with inflation today. Hey, I didn't promise anything about animal puns.

Mark Fleming - Oh, I see where this one's going. And if I've said it before, I'll say it again. Please, please don't quit your day job.

Odeta Kushi - Well, I thought it was pretty punny. Back to inflation. Inflation in the U.S. remains high. The Personal Consumption Expenditures Price Index climbed 0.4% in August, which was the sixth straight increase at, or above, 0.4%. But let's talk about what that means for real people.

Mark Fleming - Yes, have you noticed the price of gas has gone up, or the price of food in the grocery store? Not sure if that includes your soy milk, Odeta?

Odeta Kushi - Well, I haven't noticed the soy milk increase. But, luckily, I'm a vegetarian. So I haven't had to deal with the increase in beef prices. Have you read about that?

Mark Fleming - I am not a vegetarian. And I have noticed the increase in prices. So, this gets to the idea of what economists do, is gather this basket of goods. Odeta's soy milk, my beef, the cereal and other things that we buy at stores, and more generally buy in all different kinds of places. These are regularly purchased items in this basket of goods, and you measure the change in that collective basket. And that's what we measure as inflation. These changes in prices are what we feel in our proverbial pocketbook.

Odeta Kushi - Absolutely. And that year over year growth in inflation in August, increased to 4.3%, from 4.2% in July. That's the highest rates since 1991. And not only that, but according to a Federal Reserve survey, median inflation expectations are the highest they've been since 2013, when the survey was launched. Now, most of the increase in inflation is tied to the reopening of the economy. There was this burst of pent-up demand, which overwhelmed the ability of businesses to keep up, especially with a shortage of materials. By the way, this isn't just in the U.S. The pace of price increases has accelerated around the world. Now, you may ask, this is a housing podcast, so why are we deep diving into inflation?

Mark Fleming - Yes, what's the connection here? Well, because higher prices have lots of real estate-related side effects. Of course, there is the higher prices for all the wood, the windows, the appliances, if you can find them at the moment, that go into building homes. But, just as importantly, the higher the current rate of inflation is, and the higher people think inflation will be in the future...um, the r-elephant...

Mark Fleming - Yeah, I'm gonna stick to the economics Yes, the relevant economic term for what people think future inflation will be is called inflation expectations. The higher the current rate of inflation and the higher, most importantly, the expected rate of inflation, the higher yields on long-term bonds, like the all-important 10-year Treasury, go up. And as any regular listener of this podcast knows, higher yields on 10-year Treasury bonds mean higher mortgage rates. So, inflation ties to mortgage rates.

Odeta Kushi - Exactly. Not to mention that higher, and more persistent, inflation may prompt the Fed to taper their bond-buying program, which would put even more upward pressure on mortgage rates. So, inflation is pretty important overall, and specifically to housing. So, how can we tell if this inflation is permanent, or transitory, as the Fed keeps calling it?

Mark Fleming - Transitory or permanent? These are two terms now in the lexicon. And that is really the question. Because, if the expectations are permanent than the inflation expectations that we were just talking about also rise. And when that happens, workers want more pay, at least theoretically. And so we look to wage growth for a signal or an indication of inflation expectations on the rise because of a belief in permanent inflation pressures.

Odeta Kushi - And those average hourly earnings have indeed gone up. Total private payrolls have increased point 6% in September and the year-over-year increase is 4.6%. So, excluding a spike in 2020, that's the fastest annual pace since the Bureau of Labor Statistics, or the BLS, started tracking the measure in 2007. It's also the third month in a row that the annual rise has been more than 4%. So, uh oh there. And thinking back to our Econ 101 classes, where we learned about wage push inflation, when wages rise, businesses must charge more for their products and services to pay for their higher wages. But is there any historical precedent to this?

Mark Fleming - I'm glad you asked Odeta. Of course, there is. You know how we love our history on this podcast. Rising wages is what fed the great inflation era during the 1970s. It got started with government spending because of the Vietnam War and oil shocks, OPEC in the late 1970s and soaring gasoline prices. But, that's not really what made it stick. Once everyone expected this inflation to continue, it became this self-fulfilling prophecy. Workers expected prices to increase. They demanded higher wages, because businesses expected those wages to rise, they raise their prices, and so on, and so on, and so on we go. According to the Fed's favorite measure of inflation, Personal Consumption Expenditures or PCE, inflation hit double-digit levels over growth during that time. And that's also capped off by a mortgage interest rate of over 18% in 1981. Eventually, the Fed Chair at the time, Paul Volcker, raised interest rates, he had to get inflation under control. Now, we're not trying to say that this time will be something like the 1970s. The causes for inflation now are very different from then. Yes, this time is different. For one, the 1970s were characterized by stagflation. And that's slow growth, along with rapidly rising prices. But today, yes, we're seeing those rising prices in the inflation numbers, but we're also seeing very good, strong, rebounding recovery and economic growth coming in.

Odeta Kushi - And that is actually a great segue to the question we asked at the beginning of the podcast, what can mitigate the inflation risk? And the answer is in growth, productivity growth to be specific. What is it you ask? Well, productivity growth is typically measured as the growth in output per hour. And productivity growth has been pretty muted for the past two decades, but could be on the rise. U.S. corporations have record levels of cash on hand and in banks, and seem to be investing again, as shown by the fact that new orders for capital goods, excluding aircraft and military spending, reached their highest point on record in nominal terms in August. A Wall Street Journal article cites an S&P Global Report, which states that the same pattern holds in most of the world. And they predict that 2021 will have the biggest rise in global capital spending since 2007. So the idea is that this investment will turn into more productivity. But, why would productivity mitigate inflation risk?

Mark Fleming - Well, this is really simple, right? A lot of that capital spending is on things like equipment and computers intended to help the workers be more productive. The more a worker can produce per hour, aka higher productivity, the more they can get paid without the company having to raise prices. Companies don't have to raise prices just because they must raise wages, if -- big if -- they can also increase productivity at the same time.

Odeta Kushi - And to dig a little deeper into what those capital expenditures are, services play a much greater role in today's economy than manufacturing, which means there's more demand for soft assets, such as intellectual property, software and R&D, than there is for hard assets, such as equipment. In fact, in the second quarter of 2021, intellectual property investment was approximately 9.5% above its pre-pandemic level, or its Q4 2019 level, while investment in hard assets remained 2% below. While hard asset capital expenditures remained the dominant form of investment overall, it's clear that investment in soft assets is increasing more quickly. This reflects the transition in our economy to businesses that are less hard asset capital intensive.

Mark Fleming - Yes, Odeta, that is so very r-elephant. And all of this intelligent business investment or innovation is what's driving productivity growth today.

Odeta Kushi - Now, it's too soon to tell if productivity growth will be fast enough to keep inflation under control, especially with wage growth where it is today. But, it is important to monitor productivity as one key factor that may prevent higher wages from being passed on to prices. And, if that productivity is able to keep the economy from overheating, that means you're less likely to see mortgage rates increase. You know, I always have to bring it back to housing. Well, that's it for today. Thank you for joining us on this episode of the REconomy podcast. Be sure to subscribe on your favorite podcast platform. You can also sign up for our blog at Firstam.com/economics. And if you can't wait for the next episode, please follow us on Twitter. It's @OdetaKushi for me and @MFlemingEcon for Mark. Until next time. 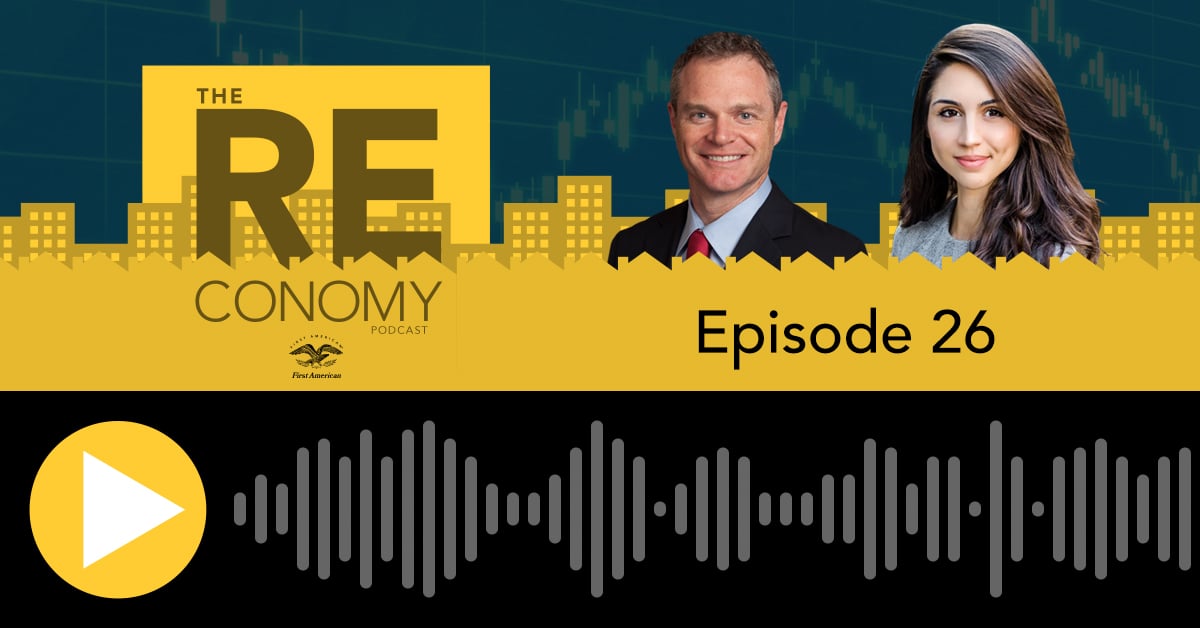 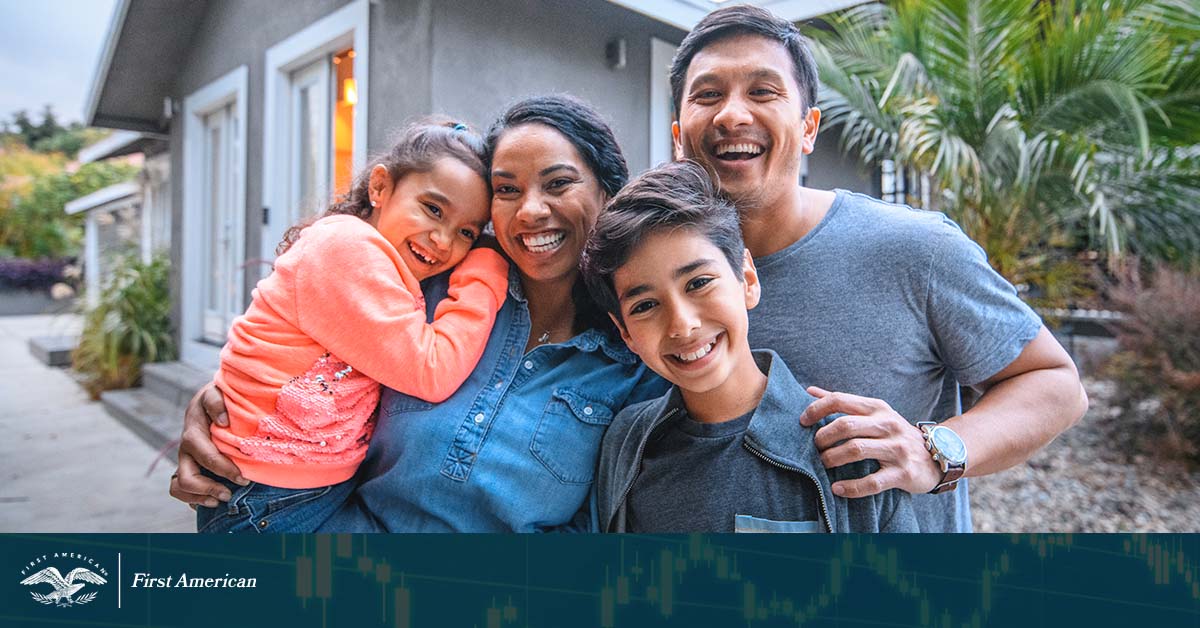 Why House Prices Still Have Room To Run 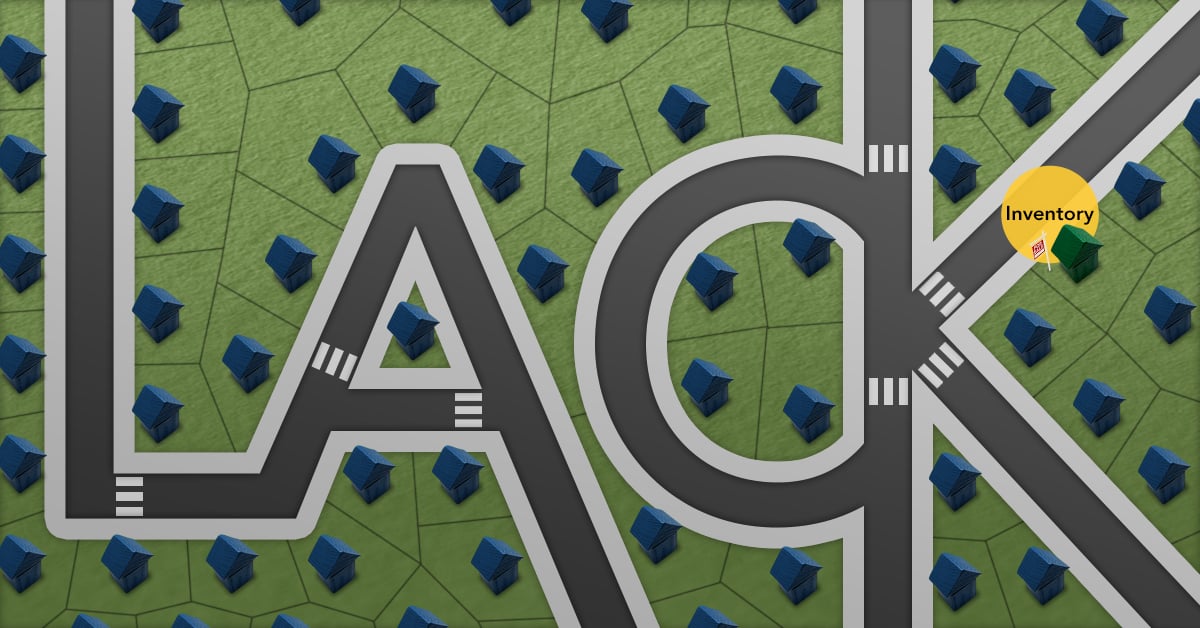