Title Insurance and How It Originated 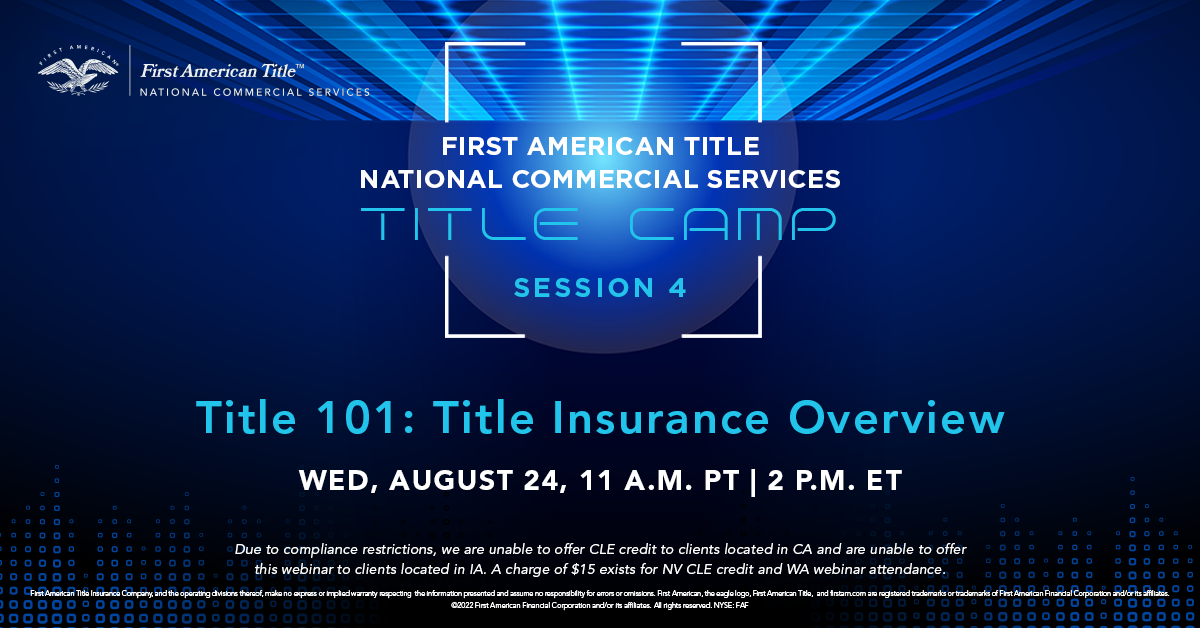 Title insurance is a contractual obligation that protects against losses that occur when title to a property is not free and clear of defects (e.g., liens, encumbrances and defects that were unknown when the title policy was issued).  Title insurance also guarantees loan priority. The terms of the policy define what risks are covered and what risks are excluded from coverage. The title insurer will reimburse you or your lender for losses that are covered, up to the face amount of the policy, and any related legal expenses. This protection is effective as of the issue date of the policy and covers defects arising prior to your ownership. Title companies issue policies on all types of real and personal property. Two types of title insurance policies for real property are the most common – a lender’s policy and an owner’s policy.

The History of Title Insurance

Prior to the institution of title insurance, purchasing real estate in the United States was a far riskier venture. During a property transaction, conveyancers would establish the rights of title to a property based on public records searches or other property abstracts. The title would necessarily be cleared of any liens, rights, or other encumbrances prior to conveying the property to new buyers or lending against the property; however, with limited resources and no insurance backing, the risk of losing a property due to unresolved issues was still significant.

Although it now protects land purchases across the United States, the practice of insuring title began after a Pennsylvania Supreme Court ruling in 1868. The case, Watson v. Muirhead, 57 Pa. 161, settled the matter of ownership over a property purchased after an “abstract of title,” or title records search, was conducted. During his research, the transaction conveyancer found a lien on the title, which he then turned over to an attorney for legal opinion. The attorney advised that the judgment was not in fact a valid lien. With this assurance, the conveyancer and purchaser completed the transaction. Not long afterward, the property was sold at a Sherriff’s sale to pay off the lien, which was in fact lawful.

The Creation of the First Title Insurance Company

The judgment, and subsequent loss to the purchaser, then prompted a group of Philadelphia conveyancers to establish a way to protect the innocent buyers of real property. In 1876, this group formed the first title insurance company, whose mission it was to protect “the purchasers of real estate and mortgages against losses from the defective title, liens, and encumbrances,” and added, “through these facilities, transfer of real estate and real estate securities can be made more speedily and with greater security than heretofore.” Shortly thereafter, title insurance companies became established in other large metros throughout the United States, including New York City, Chicago, Minneapolis, San Francisco, and Los Angeles.

In 1889, just over 20 years following the birth of title insurance in the United States, the Orange County Title Company was established; the original predecessor to First American Title Insurance Company, the largest subsidiary of First American Financial Corporation.